Honda seem to be dragging its feet with the new Civic Si which is a bad thing. But rumors from the CivicX forum say the new model could have more power, which is a good thing. That power would come from a detuned version of the Type R's 2.0-liter turbo-four, which is rated at 306 horsepower. The Si version could kick out about 220-230 horsepower, packing a bit more punch than the current Si which is rated at just over 200 horses. At first glance, this Si looks like just a dumbed down version of the Type R.

There's more to it, though, as the new Si will only be available with a six-speed manual transmission. The Si will land somewhere between an EX model and the current Type R in terms of features. Speculation pegs the price at under $25,000 and it's said to be out either in fall 2016 or spring 2017. Keep in mind this is just educated guessing and rumors from a Civic forum, though. In addition to the Si news there's also word about the release date of the badass Type R. It's said to land in Spring or Summer of 2017 with limited worldwide availability. Again, take this with a grain of salt due to the source of the info. Regardless, it's disheartening to learn that we could have to wait so long to see Honda's hottest hatch hit the road.

Honda seems to be on a mission to make its 10th-generation Civic one of the funnest cars on the road. Of course, owners of larger paychecks and by osmosis a Ferrari or two might not agree with that. It certainly seems that Honda is trying to strike a comfortable balance between performance and efficiency with its new Civic. We especially like that the automaker is maintaining a firm grip on the slowly dying manual gearbox. The only downside here is the waiting. It's always the hardest part, though. 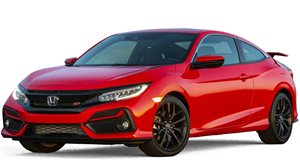 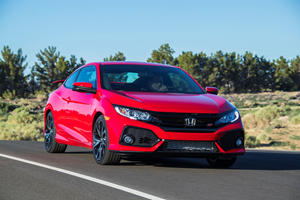