What was your favorite movie car chase of 2016?

2015 was a standout year for movie car chases. Mad Max Fury Road broke new ground with its practical effects, crazy car designs and frenetic action, Spectre gave us a duel car lovers could only dream of between an Aston Martin DB10 and Jaguar CX75 Concept, and Furious 7 took the series to new absurd heights with some spectacularly over the top scenes, from parachuting cars to a Lykan Hypersport smashing through skyscrapers. 2017 is also looking promising with The Fate of the Furious already looking like it's going to smash box office records yet again.

However, that isn't to say that 2016 didn't have any memorable automotive action scenes. Here's our pick of the best movie car chases of 2016. First up, action comedy Ride Along 2 featured a surprisingly good car chase set in Miami with a Jaguar XJR being pursued by a team of black BMWs – a typical movie cliché, but this was anything but a conventional car chase. Being a comedy, the chase was injected with plenty of humor. We got some banter between Ice Cube and Kevin Hart, who insisted on using his turn signals because "it's a habit," which probably wasn't the best evasive driving strategy.

The chase even switched to a Grand Theft Auto parody at some points. The Jag survived the scene unscathed, but the same can't be said for the Beamers which crash, flip and explode. And in case you were worried that they wrecked some brand-new BMW 3 Series, eagle-eyed car fans will notice that they miraculously change to older E46 models during the crash scenes.

By far the most destructive chase scene of 2016 was Jason Bourne directed by series veteran Paul Greengrass with his signature frenetic filming style, who also helmed The Bourne Supremacy and The Bourne Ultimatum. In the climactic scene that managed to shut down the famous Las Vegas strip, the titular character chased after a SWAT van driven by a fleeing assassin in a Dodge Charger. Much mayhem ensued as the unstoppable SWAT van plowed through anything in its path, leading to 170 cars being wrecked in the five-and-a-half-minute sequence.

The Charger got a good workout, performing tail-slides, jumps and narrowly avoiding oncoming traffic. It took a lot of punishment too, but it couldn't survive the spectacular final stunt where was slammed into the roof of a casino.

Gerald Butler starred in the sequel to Olympus Has Fallen that no one asked for. Despite some ropy CGI effects, London Has Fallen was a serviceable popcorn action flick. While we get to witness the destruction of several iconic London landmarks, it's the thrilling chase scene that stands out as Butler's character escapes gun-toting terrorists on bikes in a Land Rover Discovery. Maneuvering the SUV through the narrow traffic-clogged streets of London was no easy feat, as Butler used his driving skills to outwit his pursuers.

He certainly used the heft of the SUV to his advantage, ramming a police car into a parked car causing it to flip over, leaning out the window to exchange gunfire and mowing down the bikers in some brutal scenes. In short, don't mess with Gerald Butler.

The iconic Batmobile finally returned to our screens in Batman V Superman Dawn of Justice after last being seen in Christopher Nolan's The Dark Knight Rises. Compared to the military-esque Batmobile in the Dark Knight trilogy, the new Batmobile was radically redesigned in a cross between the long-hood design of the 1990s Batman films and the modern tank-like Tumbler used in The Dark Knight trilogy. While Batman V Superman was critically panned, the chase scene involving the Batmobile and a Dodge Charger, Challenger and Durango (not that you can tell this film was sponsored by Dodge) was one of the film's better action scenes.

The vehicles weren't very evenly matched, though: no car was safe, as the Batmobile used gattling guns, flares and brute force to create an onslaught of carnage, resulting in a very entertaining action scene.

No Marvel superhero movie is complete without a memorable action set-piece. Captain America The Winter Soldier gave us a glorious city chase with Samuel Jackson at the wheel of a Chevrolet Tahoe. Admittedly, Civil War's chase sequence involving the Winter Soldier evading Captain America in an Audi SQ7 on a bike wasn't quite as spectacular, but it was integral to the plot as it introduced us to Black Panther, had a great sense of speed as the bike weaved through traffic, and a satisfying final stunt with the Audi rolling over multiple times that was shot practically without the aid of CGI.

Here's how Nolan got Hollywood quality video with minimal help from computers.

Audi even promoted the scene in a spin-off which doubled as an advert for the new SQ7. 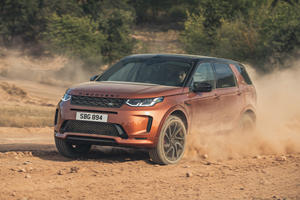