The Bugatti Chiron Could Get Even More Extreme

Will the Chiron ever break the 300-mph barrier?

Koenigsegg effectively baited Bugatti when the Agera RS accelerated from 0-249 mph and back to a standstill in just 36.44 seconds, crushing the Chiron's record by around 5.5 seconds. Ever since then, we've been waiting for Bugatti to fight back, but CEO Stephan Winkelmann has previously said he isn't interested in chasing speed records.

However, the CEO has admitted to Automobile Magazine that developing a more extreme Bugatti Chiron capable of hitting 310 mph is "still a possibility," but it depends on factors such as finding a supplier to produce suitable tires and "if the return on investment meets the target."

Achieving 310 mph would also require more power than the standard Chiron, which has an eight-liter 16-cylinder quad-turbo engine delivering 1,500 horsepower and 1,180 lb-ft of torque. Will this require electric assistance? "Eventually, yes," Winkelmann admitted. "Right now, no. It takes smaller, lighter, and more potent energy cells to make such an upgrade work." If Bugatti does attempt another speed run, it will face some stiff competition. Hennessey is adamant the Venom F5 will break the 300-mph barrier, and Koenigsegg is already working on a 300-mph version of the Jesko.

Currently, the Chiron is the only model Bugatti currently sells, which has spawned other variants like the Chiron Sport and the Divo. As we know, Bugatti is planning to add a second model to its lineup. Proposals for a luxury electric sedan and a crossover have been submitted to VW Group, but the proposed crossover is looking increasingly likely to enter production. According to Winkelmann, design work for Bugatti's first crossover is already done.

"The design is done. Some potential customers have seen it, and they liked it," he said. "One or two influential people up in Wolfsburg were complimentary about it. But at this point there is no budget and no decision."

While we would love to see Bugatti make an all-electric hypercar, Winkelmann believes the technology still needs to improve. However, he said that Bugatti's luxury crossover will "almost certainly be battery-powered." As for the rumored Royale sedan successor, the unrelenting demand for crossovers has changed Bugatti's aspirations. "With the Galibier concept, Bugatti has in 2011 demonstrated that a superluxury sedan is compatible with our portfolio. But time has moved on, and I'm skeptical that a sedan can generate enough volume in today's commercial environment," he said. After all, we're not talking 100 cars a year here, but 600 to 800. 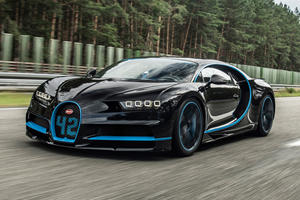 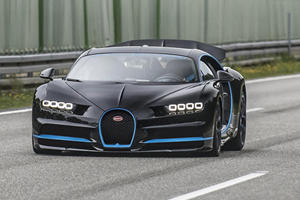 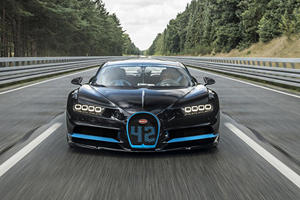 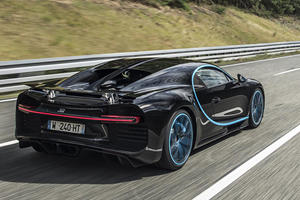 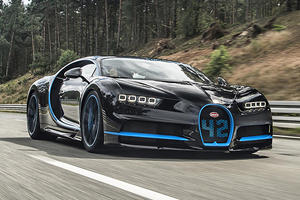