And will go by a different name.

The Fiat 124 Spider Abarth promises to be an angrier version of the base 124 Spider, which is supposed to be a classier take on the already amazing Mazda MX-5 Miata. Fiat hasn't made it easy for enthusiasts to see a natural progression between the three vehicles and has just made it even more difficult by giving the 124 Spider Abarth models that make the trip across the Atlantic a new name-the 124 Spider Elaborazione Abarth. The sports cars will also get some chassis updates, but will have the same amount of power.

While Abarth-badged cars are usually the most powerful Fiats, the Abarth-tuned 124 Spider will have the same amount of power as the base 124 model. After seeing the sports car at the Geneva Motor Show, we hoped that it would be a little more powerful, but that doesn't look like it's happening. The 124 Spider Abarth will have the same 1.4-liter turbocharged inline-four that's in the base model for an output of 160 hp. The Elaborazione Abarth, then, will be similar to the Miata club that offers sportier features on top of the base package. Pricing for the sports car hasn't been announced yet, but should be close to the $28,600 price tag of the Miata Club.

Render
This Is How The Mazda RX-7 Successor Could Work 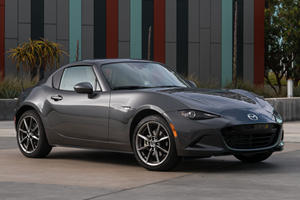 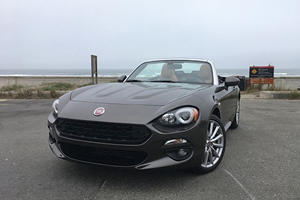