The Inside Story Of The McLaren GT's Stunning Interior

McLaren pulled out all the stops to trim the new GT's cabin just right.

With the all-new McLaren GT, the British supercar manufacturer set out to not only deliver stellar performance and driving dynamics, but a superb experience overall. That's meant paying particularly close attention to the design and fabrics used in the new grand tourer's cabin, which has been appointed with some cutting-edge materials designed to satisfy even the most discerning of customers without significantly impacting the car's overall weight.

"Everything in a McLaren is there for a reason, not simply to look good," says McLaren's Color and Materials Design Manager, Jo Lewis. "The materials need to be authentic not only in appearance and to the touch, but also in meeting our requirements for minimizing weight and performance in use." 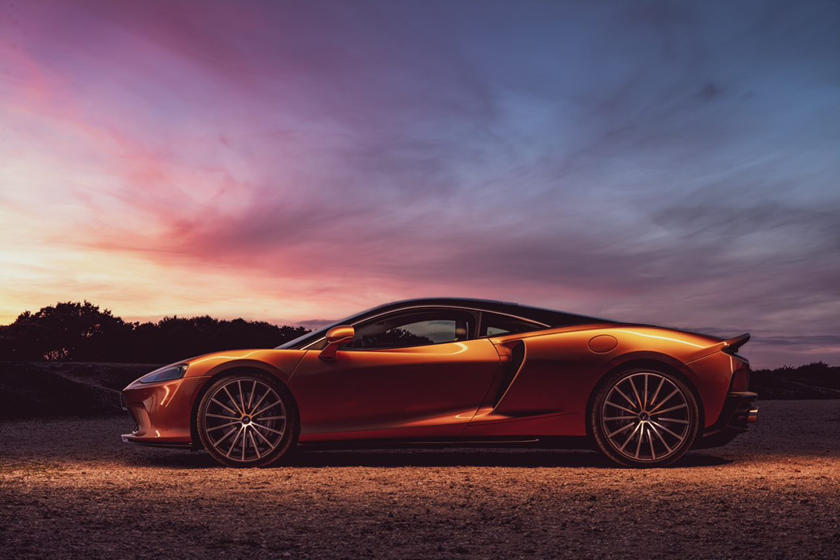 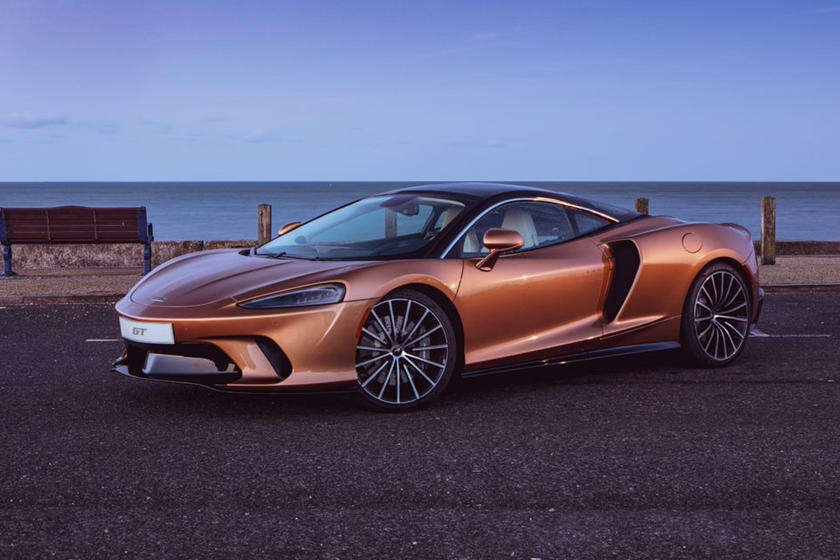 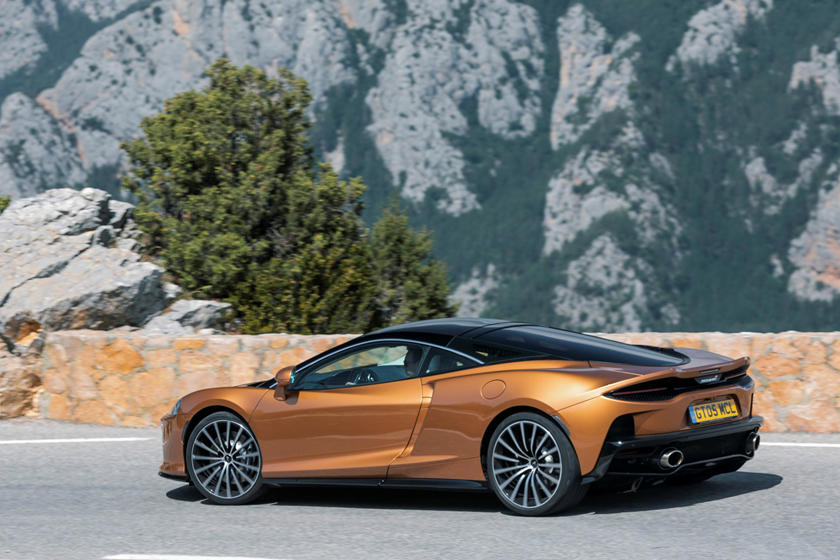 Perhaps the most advanced material within the car, a new material dubbed "SuperFabric" that was developed for military and aerospace is available as a luggage bay floor covering. It's a strong, durable woven fabric with tons of tiny guard plates and an embossed hexagonal pattern, resistant to stains, cuts, nicks, and other hazards. You could literally take a blade to it, if you felt so inclined, and the material would escape pretty much unscathed.

Another key focal point in the McLaren GT's cabin is the driver controls, comprised of machined and knurled aluminum knobs, paddles, and switches that offer a satisfying touch and a keen sense of quality. McLaren took pains with regard to the meticulous, well thought-out arrangement, with the aim of visually "guiding" the driver around the cabin. 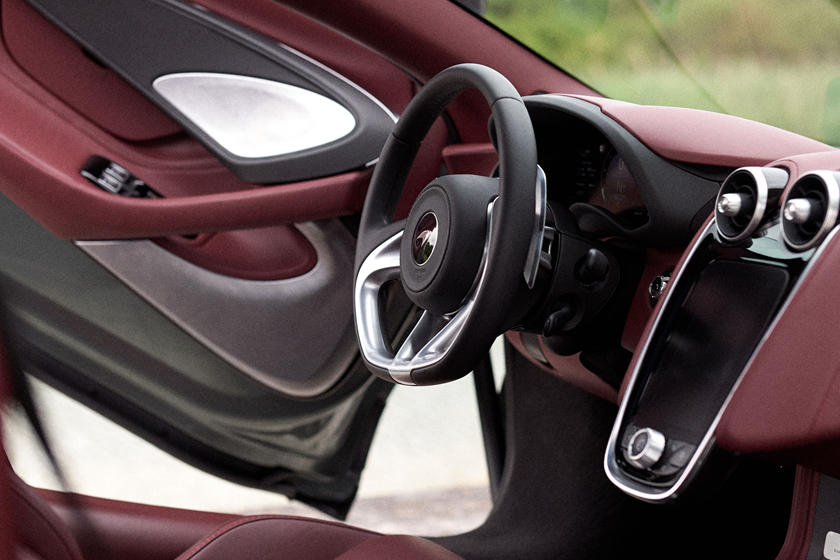 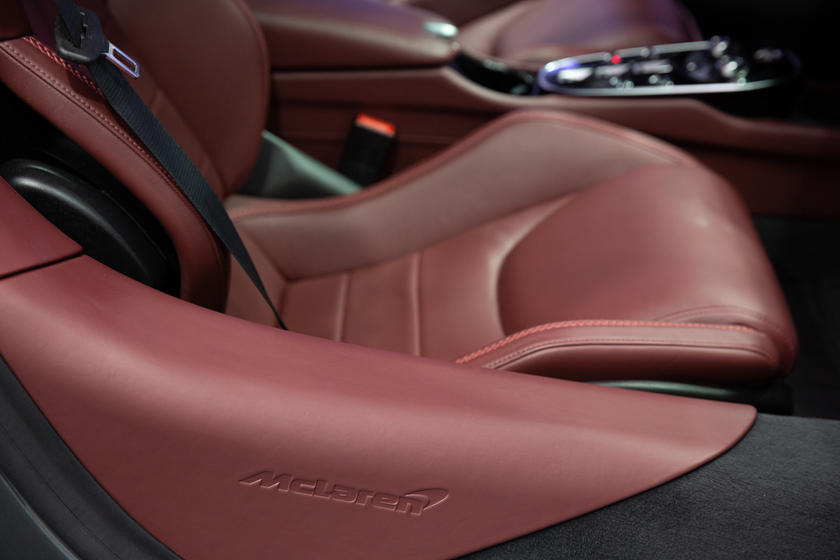 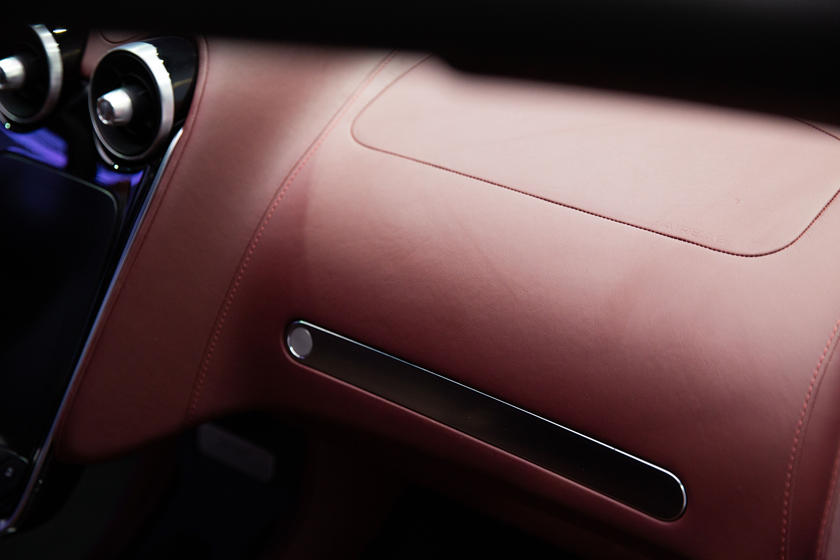 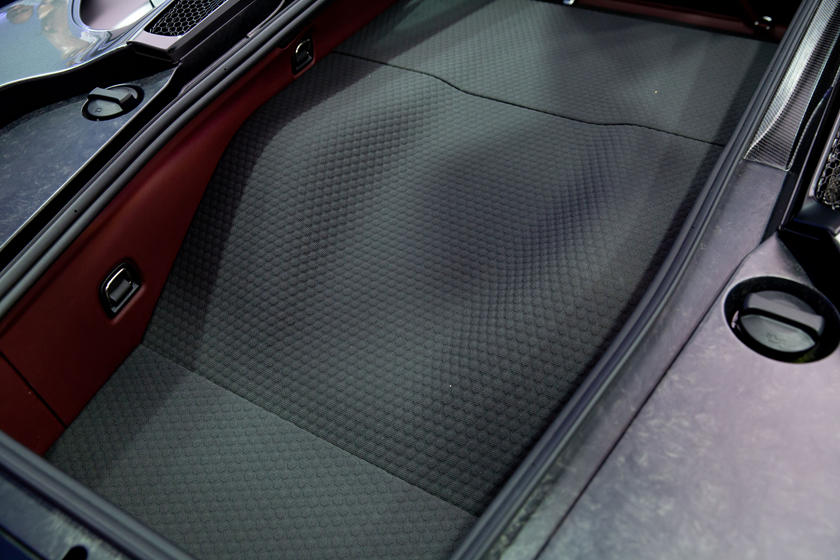 And then, there are the materials used for the McLaren GT's seats and touchpoint surfaces, which are all sourced from Scotland's renowned Bridge of Weir. Nappa leather comes standard, while Alcantara and a softgrain luxury leather are both available as alternatives, and an exclusive cashmere option can be ordered in Dove Grey or Jet Black from McLaren Special Operations.

Further contributing to the cabin's sense of Zen is McLaren's first-ever "hidden until lit" illumination, which looks like a solid metallic finish until the ignition is turned on, at which point it generates an ambient glow about the interior, gracing the doors and passengers side dash. The light hue can be customized to suit the driver's taste and mood, or tailored to the car's interior color scheme.

The McLaren GT is the company's first attempt at a grand tourer, albeit a bit of an odd one, featuring the same two-seat configuration and rear-mid-engine layout as its traditional sports cars. It's on sale now, with a starting price of around $210,000. 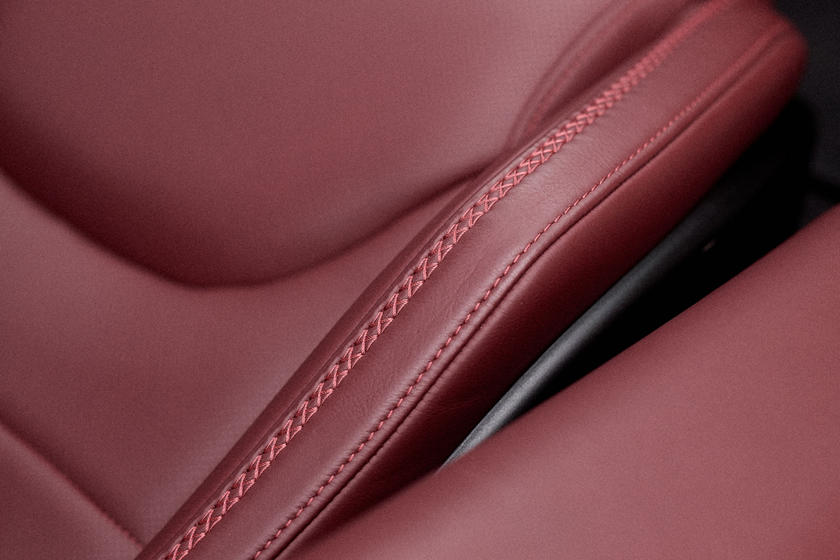 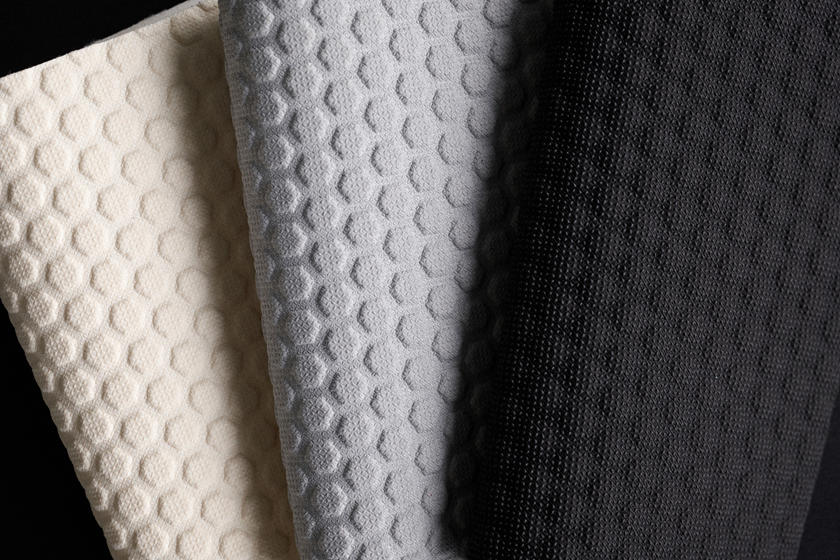 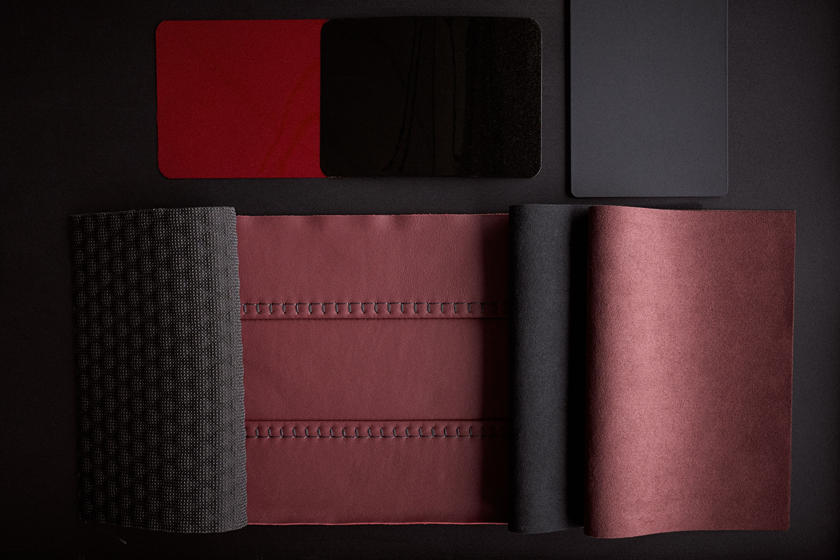 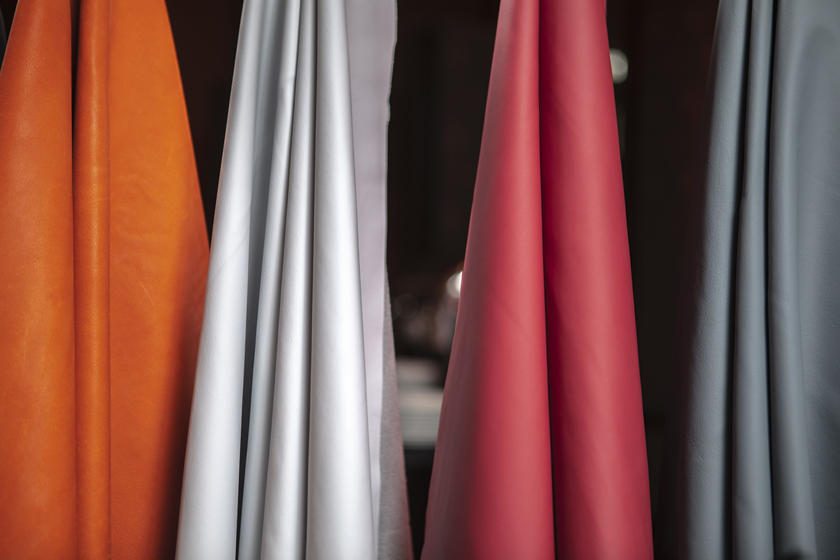 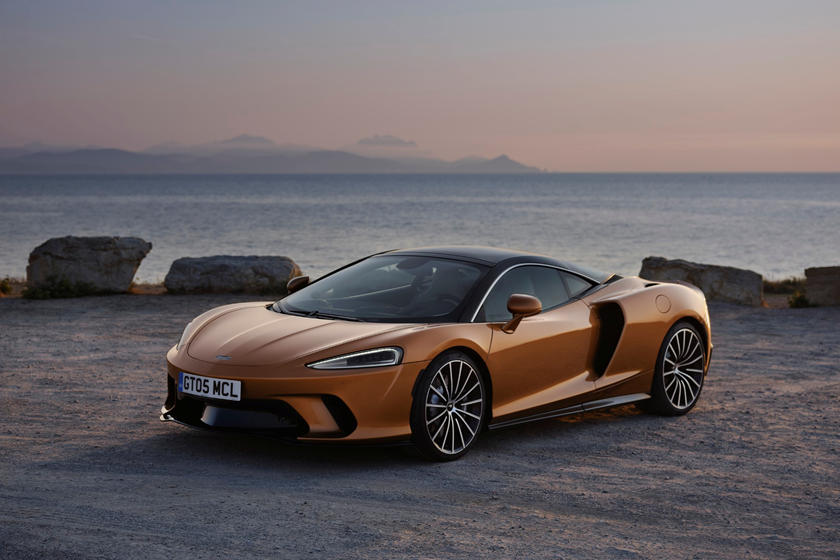 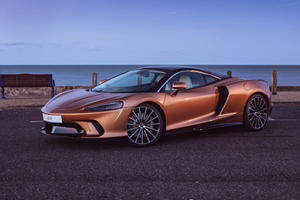 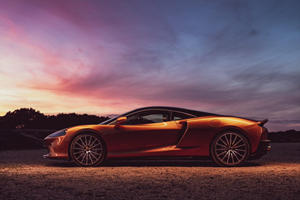 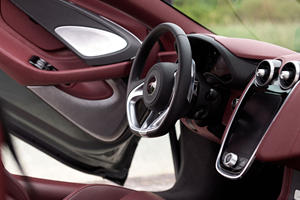 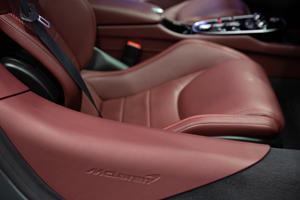 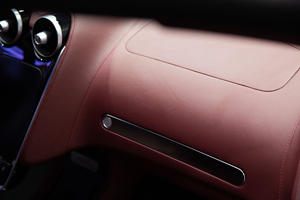