Has the younger sibling officially surpassed its older brother?

It may seem hard to believe, but it's time to say goodbye to the Jaguar XK. The new F-Type has officially become its replacement. Launched back in 2007, the XK has done its job very well. Compared to the F-Type, it's easy to see just how much the XK has aged, although it's done so quite gracefully. And as a final farewell present, Jaguar has launched the XK Dynamic R. Not quite as nuts as the XKR-S, it's still a solid bargain considering the power to price ratio.

When compared to its F-Type successor, does this XK Dynamic R still hold up? Was it a mistake for Jaguar to dump the XK in favor of the F-Type? Check out this latest road test comparison video from the guys at Autocar to find out. 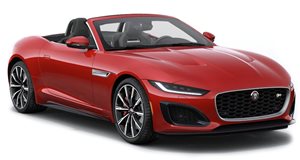