A new car typically lasts around seven years or so before being replaced by an all-new model, but some stick around for much longer than that (the Toyota Tundra and Nissan 370Z spring to mind). Take the Maserati GranTurismo as a perfect example. It came out 12 years ago in 2007 and since then has only received a few minor improvements.

The engine went from 4.2 to 4.7 liters in size, Maserati added a convertible version, and the car has received some minor styling tweaks. Overall though, the GranTurismo is still the Italian stunner it was when it was first revealed in 2007, but the 2019 model has a few tricks up its sleeve.

We recently had the opportunity to drive a 2019 GranTurismo Convertible MC, which offers a slight performance bump over a base GranTurismo Convertible. Starting price for the MC is $164,980 and for that, you get a Ferrari-built V8 engine mated to a six-speed automatic transmission good for 454 horsepower and 384 pound-feet of torque.

If you value performance numbers, the GranTurismo isn't for you given its 0-60 mpg time of 4.8 seconds, though the top speed is an impressive 179 mph. The six-speed automatic offers shifts that probably felt fast in 2007 but now feel like they belong in a pickup truck, not a grand touring sports car. Compared to a modern, turbocharged sports car like the new Toyota Supra or even a Kia Stinger, the GranTurismo simply feels sluggish.

While it doesn't feel fast, the GranTurismo is very comfortable and is great for long road trips. The V8 engine may not have low-down grunt, but it sings an operatic tune you just won't find on most modern sports cars. Maserati hasn't done much to update the interior but it has ditched the GranTurismo's ancient center screen in favor of an FCA-sourced Uconnect system. That simple change has brought the car into the modern age in terms of infotainment, though the layout of the other controls inside still feels disorganized.

Our test car was also finished in a highly unique paint job. At first glance, it appears to be an ordinary white hue, but when the sun hits the car a pearlescent shade of blue pops out. It is hard to recommend the Maserati GranTurismo over cheaper options like the new BMW 8 Series, but it is still one of the prettiest cars of the 21st century and features one of the most glorious engine notes available. 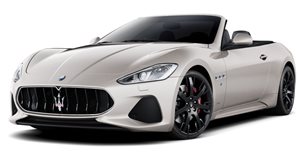 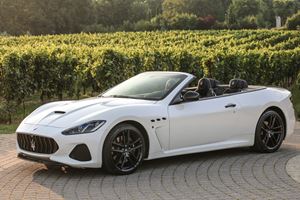