The Mercedes-AMG One Sounds Like A Proper F1 Car

Listen to the Mercedes-AMG Project One undergo final testing.

The team from Mercedes-AMG has taken its Project One - officially to be known as the AMG One - out for another run on the track as it continues fine-tuning which should be one heck of a machine. The F1-derived hypercar will use a 1.6-liter V6 engine along with four electric motors to produce over 1,000 horsepower and reach a top speed of over 215 mph. This is the first time that the AMG One has hit the track with its full aero specs and at maximum power delivery after loads of time on the dyno, in the wind tunnel, and on the driving simulator.

In the latest video, the car is seen (and heard) undergoing testing on a track in Immendingen, Germany. We previously heard what the AMG One sounded like in a short Instagram clip shared last year, but now we get to hear the full, extended roar of the V6.

It's not by chance that Mercedes-AMG's extreme hypercar sounds as good as it does. "Exterior as well as interior noise - we worked a lot on that," said Steffan Jastrow, Head of Program Management at Mercedes-AMG One. Another team member says that it sounds like a Formula 1 car, just a little quieter, although there's nothing docile about the way it can rip to 124 mph in under six seconds.

Besides the NVH measures and achieving the legal pass-by sound limit, the other massive challenge for the AMG team was to meet current emissions regulations from what is a pure race-bred engine. In fact, emissions were said to be 3,000 to 4,000 higher than what is allowed, forcing the team to modify components like catalysts and injection systems to get the AMG One's emissions down to below legal limits.

At around 4:45, we get a closer look at the car without the camouflage with its extended wing and that distinctive, shark-like AMG fin. Compared with earlier photos released of the AMG One, the rear lights here are two smaller circular elements instead of the horizontally stretched clusters we saw before. It's still an undeniably mean-looking racer, though.

Ola Kallenius, Chairman of the Board at Daimler AG, admitted that the AMG One was an ambitious project but is confident that the first deliveries are on track to begin in Q1 of 2021. A mere 275 units will be made at a cost of $2.7 million each, which could buy you over 20 new AMG GTs; despite this, every AMG One has already been spoken for. As if we aren't jealous enough of those almost 300 customers already, they will also be the first to be able to buy the upcoming GT R Black Series. It's shaping up to be a bumper 2021 for Mercedes-AMG. 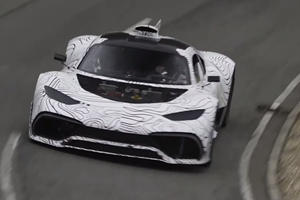 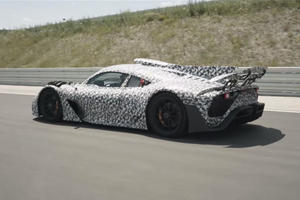 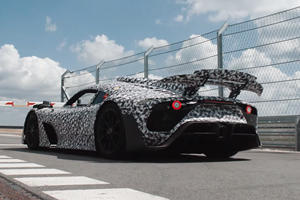 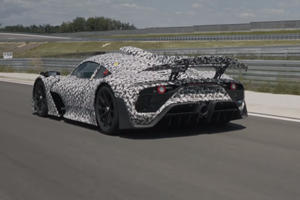 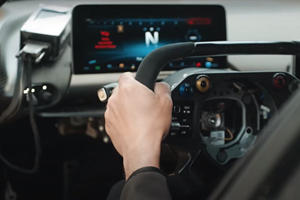