The Morons That Destroyed Supercars In China Are True Heroes

The supercars may be destroyed, but hear us out.

We recently brought readers a story of a group of wealthy enthusiasts blasting across the Sichuan-Tibet Highway in a set of high-performance supercars. From the pictures, it's easy to see how the trip was clearly a bad idea. The roads were barely paved, the supercars ended up with severe damage and, at one point, the Ferrari drives through a large body of water. While the majority of people are outraged by the video, the idea of taking supercars on a road trip across rocky terrain is something to be admired.

Yes, Chinese businessman Ni Haishan and his employees managed to destroy a Ferrari F12berlinetta and the majority of the Maserati Ghiblis used on the journey. But isn't it better than these cars sitting in a garage with a trickle charger?

The majority of enthusiasts are probably yelling at the screen while watching the video, but watching a Ferrari being used is better than not watching a Ferrari sitting alone in a garage. Not to mention the fact that we've seen supercars brought back from the dead, so this F12 should be an easy fix for the incredible engineers at Maranello. The other reason this video does more good than harm is that it proves supercars are much more capable than everyone assumes. Supercars, especially ones from Italy, are delicate machines that can only be driven 5,000 miles a year and need to be stored in a heated garage at all times. But where's the fun in that?

Obviously, the F12 and Ghibli are capable of much more, which includes traversing over rocky terrain and driving through a pond of water. The F12 is supposed to be a grand tourer capable of ripping a whole through time on the track, while the Ghibli is supposed to be a luxury sedan with a high-performance engine. Neither of these cars were meant to drive on terrain like this and while only five of the 11 heroes that set out on the trip managed to reach their destination point, it's still a major victory. The majority of enthusiasts will never have the opportunity to own a F12, while the same crowd would most likely never want to own a Ghibli.

And while the dreamers out there have never dreamed of destroying a F12 on unpaved roads, the fact some incredibly rich jerk took the opportunity to do so should be applauded. The F12 will surely be fixed and will still sell for an insane amount of money, even if the Ghiblis won't fare as well. While the idea of someone deliberately trying to destroy a supercar doesn't sit well, someone using a supercar in any capacity deserves some credit. Because at the end of the day, a supercar, even with its outrageous price tag and incredible performance, is still a car with an engine and four wheels that deserves to be driven. 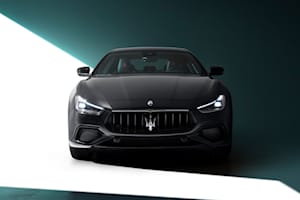 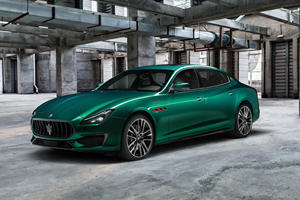 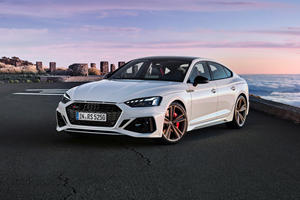