After several years of being outdated and after numerous facelifts, the 2011 Saab 9-5 will be based on GM's new stretched Epsilon platform, placing it in the Benz E-class and BMW 5-series territory. The 2011 9-5 is refreshingly free of chrome, surfacing effects, and convoluted lines that have become far too common with European cars. In the US, the 9-5 will come with a standard 2.0 turbo engine; whereas in Europe, the 9-5 will a selection of four turbocharged engines.

The 2011 Saab 9-5 also has electronics covered with its adaptive cruise control, electronic suspension, an automated self-parking system, and large bag of other fun things. The dash is designed in a wraparound style, and it keeps Saab's green lighting. Perhaps Benz and BMW better watch out for Saab. 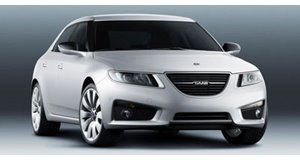