The Story Of The King's Lincoln Continental Is Classic Elvis

The most expensive car in America was bought with typical Elvis cool.

It has been 100 years since Henry Ford's wife convinced him to buy Lincoln, ensuring the brand's survival. To celebrate, Lincoln is doing a bunch of interesting activities leading up to a big announcement, which will likely be its first EV.

This month's celebration is happening at the New York Motor Show. A Manhattan Green Navigator with the famous skyline embedded into the front seats is currently on display there, but, to be blunt, it's sort of a supporting act.

The star of the show is this stunning Lincoln Continental bought new by Elvis Presley. The very Lincoln in which the King of rock and roll rested his tired buttocks after doing his signature dance moves for two hours.

Not only did we get to see the King's car, but we met up with Angie Marchese, the vice president of archives and exhibits at Elvis Presley Enterprises and Graceland. Her job is harder than you may think.

Marchese found the Lincoln in Australia of all places, and some conservation work has been done to it. The car fell off of Elvis' insurance after he came back from the army, and then it went into private hands.

Elvis was not a car collector, but he did love cars. "Cars were his gift to give," said Marchese. "One day he bought 32 Cadillacs and he gave them all away by that afternoon."

As you can imagine, a lot of people phone in to say they own one of these cars, and then Marchese has to confirm it. There's a lot to this process, but we can give you the abridged version. Unless Elvis' butt hit the seat, it ain't worth much.

It cost $10,000 at the time, which made it the most expensive car you could buy. You were nobody unless you owned a 1956 Continental Mark II, of which just 3,000 units were made. Other owners include Frank Sinatra and Liz Taylor. Not a common crowd, then.

What makes this car special is the way Elvis purchased it. He didn't buy it because it was the most expensive, or because he wanted to show off. On that day, he just needed a new car.

He liked to drive. He never had a driver and he put nearly all of the miles on the Lincoln.

On the day he purchased the '56 Lincoln, Elvis was driving a Lincoln Premier, which was a mid-level sedan. Sort of like the modern Lincoln Continental.

When Elvis woke up the day after his gig, he found hundreds of messages scribbled all over his vehicle. Being the King, these messages were likely fairly explicit. It was the 1950s equivalent of a dodgy bathroom stall message providing a number and urging you to give a call for a good time.

So Elvis drove the car to the nearest Lincoln dealer and traded it in for a 1956 Continental Mark II. The trade-in slip still exists and is also on display. Elvis received $7,100 for the car covered in graffiti and messages, and paid the outstanding amount. The dealership obviously kept Elvis' trade-in and used it for their own marketing purposes. The dealership was called Miami Mercury Lincoln.

Elvis drove that car all the way from Miami back to Memphis. That's how much the King loved driving.

The Graceland staff always had to keep Elvis' cars parked outside with the keys in them, because nobody knew what he was going to drive next.

"That's how fans knew he was home," said Marchese. "If the cars were out front, the King was home. If they were parked around the back, he was on tour." 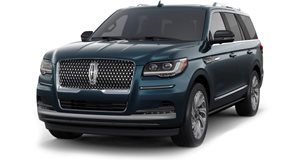