The Toyota Supra Picked Up A Nasty Habit From BMW

We should have seen it coming.

When Toyota joined forces with BMW to build the new Supra, it was clear that the resulting Japanese sports car was going to inherit quite a few characteristics from its German cousin, the Z4. Among the traits the Supra got from the Z4 are its interior layout, infotainment system, and even its 3.0-liter turbocharged inline-six engine. But what we didn't know is that Toyota was also going to inherit the BMW habit of sandbagging its cars' power ratings so that real-world output is actually higher than what the specs sheet claims.

BMW had already made enthusiasts suspicious when the M5 Competition seemed to be putting down better acceleration figures than its 617 horsepower rating implied. A dyno run revealed that the M5 Competition was actually making exactly 617 horsepower, but at the wheels rather than the crankshaft as BMW had advertised. That meant that the M5 was either making considerably more power at the crank or that BMW had somehow found a way to eliminate all drivetrain losses from its cars (which is pretty unrealistic).

So when the new Toyota Supra began exhibiting the same strange acceleration behavior, it too was strapped to a dyno to see if its engine was hiding extra ponies. That test, conducted by Car and Driver, found that the Supra was putting down 339 horsepower and 427 lb-ft of torque at the wheels, much more than the 335 horsepower Toyota claims the Supra makes at the crankshaft.

While a dyno test can give varying results depending on various factors, including the surrounding temperature, it's the best way there is to measure an engine's output. But just to make sure Car and Driver's data was correct, Motor Trend decided to strap the Supra to a dyno and conduct its own test to get another reference point and in turn, have a more accurate gauge of where Toyota is lying about the Supra's power output.

The results were equally as shocking, with Motor Trend's Supra delivering 332 horsepower and 387 lb-ft of torque to the rear wheels at the conclusion of the test. Factoring in a 10% drivetrain loss, which is standard for a rear-wheel drive vehicle, and you get a crankshaft output closer to 390 horsepower and 455 lb-ft of torque.

That puts output for the Supra's 3.0-liter engine very close to the Z4's 382 hp rating at the crank, which would make sense given that both engines are pretty much identical. So either Toyota is not de-tuning the engines it's getting from BMW, has "magically" found a way to eliminate drivetrain losses, or has picked up BMW's habit of sandbagging its engines' power ratings. 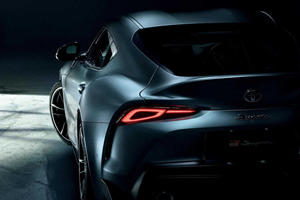 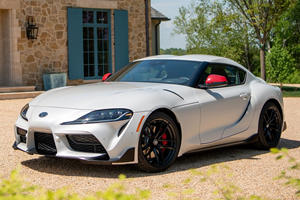 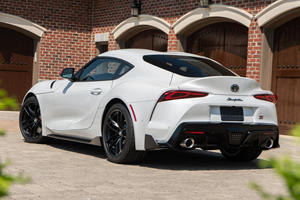 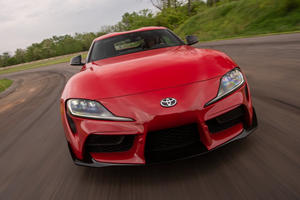 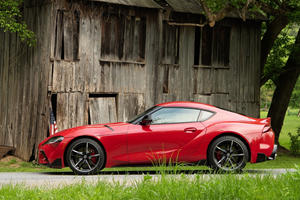