There's A Good Chance The Ford Bronco Will Go Electric

Ford's hotly anticipated new Bronco is on the way, and it might be poised to launch sooner than we'd thought.

Originally set to debut in June before reportedly entering production around mid-July, the Ford Bronco was delayed as the global coronavirus pandemic forced Ford to shut down its US manufacturing facilities for a couple of months. Those factories are only just now starting to reopen, and Ford is exercising caution, reducing shifts and maintaining greater distance between vehicles on the assembly line to keep workers safe.

As a result of all that, there had been some question as to whether the 2021 Ford Bronco would make it to market before the end of the year. But as big of news as that is, there's something bigger.

After the Bronco and its smaller, unibody cousin the Ford Bronco Sport launch, Ford will be watching their performance in the showroom closely as they decide whether to expand "Bronco" into its own off-road vehicle sub-brand.

"We have to leverage what we're good at," one source told Autoweek, remarking that "more Broncos is a no-brainer." The same source said that a Mustang sub-brand might also be on the table - a possibility that's been debated by pundits ever since Ford pulled the wraps off of the new Ford Mustang Mach-E electric crossover. Mustang-branded vehicles would be "the more performance-oriented" of the two, the source said, leaving Bronco models to be more rugged and off-road-oriented.

The magazine's source even eluded to a full electric Ford Bronco EV on the drawing board. Considering the rapid movement into this space, we can hardly say we're surprised at this point. But, like the Mach-E, there's sure to be plenty of friction from the Bronco traditionalists. Further details are unknown, but it's easy to see Ford leverage Rivian technology to create its own version of an electric off-roader.

The same source confirmed to Autoweek that at the present moment, the new off-road SUV is scheduled to enter production toward the end of August - just a month and a half later than it was originally planned to start rolling off the assembly line. Granted, the situation is still a fluid one for automakers, and production had previously been rescheduled for early-September, according to the report.

Either way, that's well before the end of 2020, which means it's very likely we'll start seeing the rugged SUV hit the road before New Year's. And that's great news. 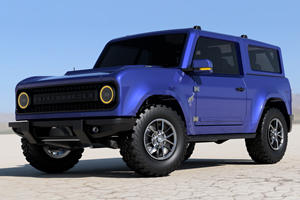 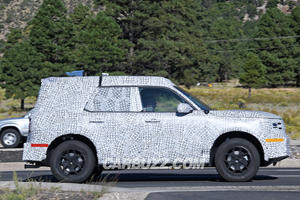 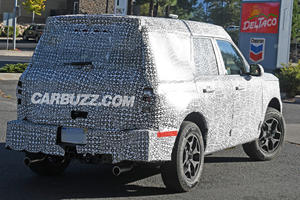 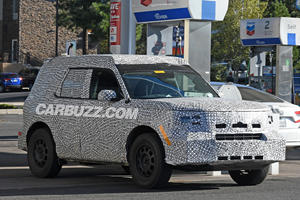 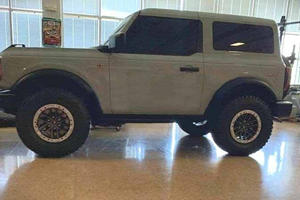 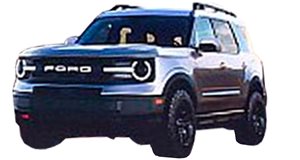