The on-again, off-again project is still very much alive.

Apple is known for developing projects that progress to an advanced stage only for them to be dropped at the last minute. If the tech giant doesn't think it can fully succeed with its products it won't even bother. The jury is still out for the Apple car.

Earlier this year, Hyundai Motor Group walked away from a possible deal that would have seen it manufacture the electric vehicle. The automaker ultimately decided it wasn't good to be nothing more than Apple's manufacturing partner. There were then rumors Apple was on the phone with Magna International, a subsidiary of Magna Steyr.

The latter builds the BMW Z4 and Toyota Supra in Graz, Austria. Finding a manufacturer to build the Apple car is one thing, but another critical element needs to be resolved as well: batteries.

Like many companies, Apple does not produce its own batteries for any of its hardware and this would be no different for the unnamed car. According to Reuters, the company is currently holding "early-stage" discussions with two potential battery suppliers, China's CATL and BYD.

One of Apple's core requirements is that the proposed batteries must be manufactured in the US. CATL is reportedly hesitant to do this because of sour relations between the US and China right now.

CATL also happens to be the world's biggest battery maker (BYD is No. 4) and it's also a supplier to Tesla. None of the three companies has commented on the report. One thing Apple wants regarding the makeup of the batteries is for them to be lithium-ion phosphate units because they're cheaper to build compared to those that use nickel and cobalt.

For now, Apple remains committed to launching an electric vehicle by 2024 and the timing could be ideal. The Biden administration is eager to attract more domestic electric vehicle manufacturing as part of its proposed $1.7 billion infrastructure plan, of which $174 billion would go towards things like EV tax credits and grants for battery producers. 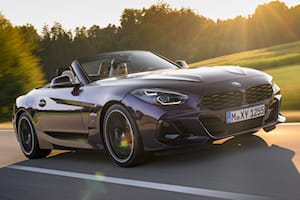