The current C8 generation 2021 Chevrolet Corvette is a drastic departure from any of its predecessors because it ditches the front-engined layout for a mid-engine setup. Moving the V8 engine to the middle greatly improved the Corvette's performance times, but it seems like Chevy's engineers are still trying to improve the flagship sports car even further. A new report from GM-Trucks, who claim to have "exclusively reviewed and validated documentation," says the Corvette will get an all-wheel-drive option in the 2023 or 2024 model year.

Such an option was already hinted at during the car's launch, when engineers were asked if the C8 could accommodate a hybrid AWD system like the one employed by the Acura NSX. These newly leaked documents prove that this option will be available in the coming model years.

The documents refer to the feature as "eAWD," and mention availability for both the Stingray Coupe and Convertible models. GM will internally refer to the AWD system with the code "XFD" for the first model year before switching to "XRD." Rather than sending power from the V8 engine to the front wheels through a differential, the Corvette's eAWD system will likely sacrifice its front trunk to accommodate one or two electric motors.

These motors would drive the front wheels independently from the V8 engine, offering the ability to torque vector like the NSX. It is unclear if the Corvette could be driven using electric power alone without the engine. Separate rumors claim that Chevy could be working on an EV version called the E-Ray, which may be the 200 mph electric Corvette that Joe Biden mentioned.

The eAWD system has other implications too, likely making its way into higher-performance models like the upcoming C8 ZR1. GM could also cherry-pick this technology, using it in a range of other models. The rumors say the AWD Corvette will arrive in 2023, but it could be later due to ongoing industry delays affecting GM and other automakers. 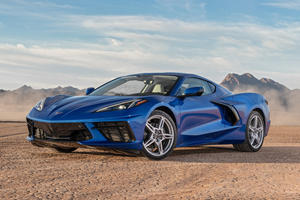 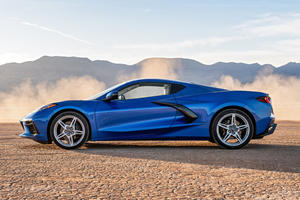 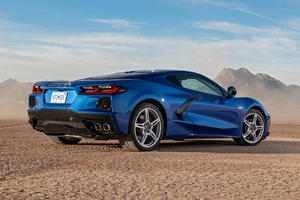 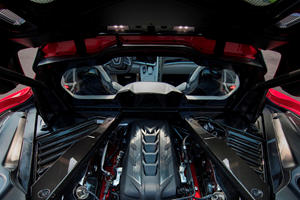 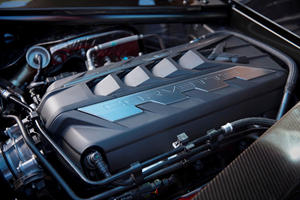