These Are The 5 Sickest Tuners From Geneva 2016

Either you love tuners or absolutely despise the practice.

Ah yes, time for tuners. Now, we're fully aware this is the segment where tastelessness has a tendency to dominate, but that's what makes (some) tuners so much fun. But Geneva is the one major international auto show where tuners are able to display their latest alongside every mainstream and boutique automaker alike. That's a big deal for them, and this year's show had no shortage of the insane, the tricked-out, and the outright ridiculousness that is tuners. But we still picked out five tuners that are, without question, cool.

There's no denying we're big fans of the new BMW M2, but the crew of AC Schnitzer figured it could build an even better high-performance BMW coupe by modifying the also potent M235i. This little green animal, called the ACL2, produces 570 hp (compared to the M2's 370 ponies). Yeah, that's even more powerful than a M4 GTS. It looks angry, badass, and its green and red combo paint job looks stunning in the flesh.

Ok, so we know not everyone digs FAB Design's VAYU GTR, based on the McLaren 650S. We all have opinions, don't we? But let me tell you this: if Batman were in the market for a 650S, he'd trick it out exactly like this. Batman worships, well, bats, and the VAYU GTR is named for a Hindu deity, the lord of the winds. It seems fitting. The car's new body kit, combined with that roof-mounted aero hood scoop, and a slight power increase (32 more hp), makes this 650S a standout.

Is the Kahn Vengeance a tuner? A coachbuild? Let's say it's a bit of both, and we totally dig it. The hand-crafted, V12-powered Vengeance is based on the outgoing DB9, it features a more aggressive stance and an even more luxurious interior. We haven't been told its official performance specs, but knowing Kahn Design, they more than likely dabbled with that V12 somehow.

What would Geneva be without Brabus? The show would still go on but still. Fortunately, the bonkers Brabus 900 had its debut and it's not just a clever name. 900 stands for 900 hp (and 1,106 lb-ft of torque) coming from that modified 6.0-liter twin-turbo V12. Trust us, this is no ordinary Mercedes-AMG S65 Coupe. After all, it is more powerful than the Aston Martin Vulcan, and street legal, too. Germans are awesome.

Russian-based TopCar is all about looking premium. Take its latest 911, for example. While it may not be all that appealing to Porsche purists, there are still plenty of people out there who feel Porsche doesn't go far enough with new design. That's where TopCar comes in. The 991-based 911 Turbo S Stinger GTR has a host of visual upgrades, such as a wide body kit and carbon fiber hood. Some minor tweaks have been performed on the engine, now boasting 500 hp.

Honorable Mention: Nimrod Right, so Nimrod does little more than add aftermarket kits to the likes of the Lamborghini Aventador and Ferrari 458 Italia. For some customers that's enough. Are the cars and styling for everybody? No. But without question each and everyone one will draw plenty of attention. And isn't that part of the point of tuning? 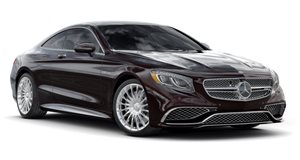