These Cars Have The Best Resale Value In 2017

You won't lose your ass when you get rid of any of these cars.

Every year, Kelly Blue Book published its list of the top 10 cars with the best resale value. We did something similar recently, showing cars that were worth more now than when they were new, but most cars end up depreciating over time. That's why it's good to know which "normal" cars won't be worthless after a few years of ownership. For 2017, KBB predicts that Toyota will be the best brand for projected resale, reclaiming the spot from Subaru after two years.

The list is dominated by pickup trucks, which have a higher resale value than passenger cars. The Jeep Wrangler and Subaru WRX are both notable standouts, each with cult followings. Anyone who has ever looked to buy either of these models on the used market probably knows that it's not uncommon to see slightly used models that appear to be more expensive than brand new models depending on dealer incentives and options. The WRX was also the only performance car on the top 10 list, which made us want to delve into the sports car category a little more, to see which "fun" cars actually have the best resale value. 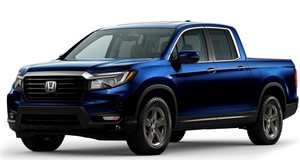