This Ram 2500 HD Laughs At The Ford Super Duty Tremor

AEV's newest Prospector is ready to go conquer the trails.

If you're looking for a capable, top-notch off-road brawler from a trusted name, you can't go wrong with American Expedition Vehicles - AEV for short. Since 1997, the midwestern firm has been putting out some of the baddest, most well-built off-road vehicles money can buy, starting from bone-stock Jeep Wrangler and Ram truck models, and most recently, the Chevrolet Colorado ZR2 Bison.

The Prospector isn't a new nameplate for AEV, mind you; the company has been upfitting Ram pickups for off-road duty and selling them under the Prospector name for several years now. But this latest iteration, now available for order, is the company's best yet, fitted with an AEV 3" DualSport RT suspension, heavy-duty steel AEV front and rear bumpers, and AEV wheels fitted with 37" all-terrain or mud-terrain BFGoodrich tires. The Prospector also features an AEV branding package, and nice, distinctive aesthetic touches like an in-house-designed IP cluster, Mopar fender flares, and AEV logo headrests.

Above that truck, there's also an AEV Prospector XL, where the "XL" stands not for "eXtra Large," as you might assume, but the Roman numeral XL: 40. It's named that for the massive 40" Toyo Open Country mud-terrain tires it rolls on. Other upgrades from the regular Prospector include AEV High Mark fender flares and a hydraulic power steering upgrade.

The Ram 2500/3500-based AEV Prospector is priced thousands below the XL model, though, starting at just $13,300 above the price of the donor truck. Numerous upgrades can readily inflate the price tag, however. Tacking on a pair of AMP Research power steps adds $1,571 to the bottom line, and a Warn 16.5Ti winch with mount and steel line will run you $2,134.52. There are even numerous leather upholstery upgrade packages available, ranging in price from $1,900 to $3,600.

Interested? AEV's website contains a list of certified AEV dealers across the US, making it a simple matter to order a truck and have warranty work done. Happy off-roading. 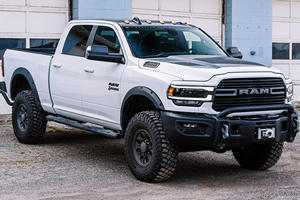 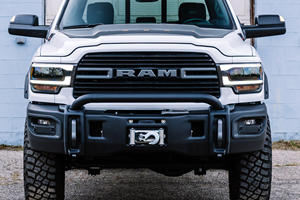 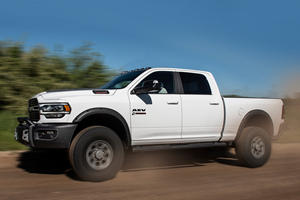 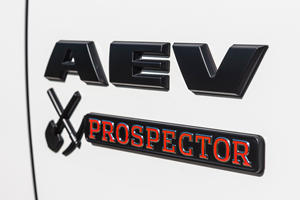 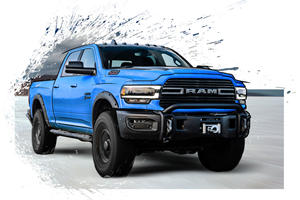