Remember when Fast & Furious was a low-budget street racing movie?

As the car stunts in the Fast & Furious films have become more audacious and less realistic, the budgets for the films have increased astronomically. Filmed on a massive budget of $125 million compared to the first film's modest $39 million, Fast Five is one of the most popular films in the franchise, culminating with a destructive heist in which two Dodge Charger muscle cars tow a bank vault on the streets of Rio de Janeiro, destroying everything in their path.

In another memorable scene, Dominic Toretto and his crew steal some exotic cars from a moving train and load them onto modified trucks. In a new video, Craig Lieberman, the technical advisor for the first three Fast & Furious films, explains how the sequence was filmed, providing insight into the stunt cars that were built for the scene.

One of the main stunt cars in the sequence was a 1963 Chevrolet Corvette Grand Sport Roadster. Since destroying authentic cars would have been expensive and rile the car community, the producers enlisted Mongoose Motorsports to build twelve replica cars for the scene, most of which were destroyed.

The stunt cars that were totaled lacked powertrains and full interiors, while the hero car packed a GM crate motor producing 460 hp and 568 lb-ft of torque and used chassis and brake components from a C3 and C4 Corvette. Three of the five stunt cars were shot from an air cannon through a train and off a cliff into a lake for the scene's climactic stunt, while the other two were modified for off-road driving on dirt roads since the scene takes place in a desert. Only three cars survived during filming.

The train heist was one of the most challenging scenes to film, seamlessly blending practical effects with CGI and green screen work. Filming took place in Atlanta, California and Arizona, where the producers even had to buy their own train and 600 yards of railroad tracks. As a result, the total cost for this scene alone cost a whopping $25 million.

Luckily, Universal's gamble of turning Fast Five into an action heist movie paid off because the film made $626 million at the box office. Since then, Fast & Furious has become one of the highest-grossing film franchises in the world, with two more mainline movies still in the pipeline. After being delayed several times, Fast 9 will race into theaters on May 28, 2021. 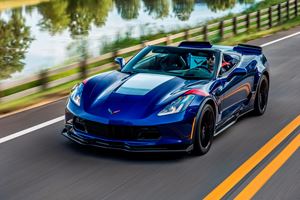