It even raced at Pike's Peak.

Faraday Future arrived on the scene in 2015 with claims of building better electric vehicles than Tesla. Despite the fanfare, that has yet to happen and probably never will. The company's founder declared personal bankruptcy and a good chunk of its most important and talented employees quit. To this day, it lacks the money needed to build cars.

Before everything went wrong, Faraday Future still managed to build several prototypes, such as the FF 91, a once potential Tesla Model X fighter. The FF 91 prototype, currently up for sale by Worldwide Auctioneers, is reportedly the same vehicle Faraday Future took to Pike's Peak International Hill Climb for speed testing. It set a new EV record in 2017, beating a Tesla Model S's time by over 20 seconds.

The following year, it shattered another EV record in Las Vegas where it went from 0-60 mph in just 2.3 seconds. Top speed is a claimed 155 mph. Not bad for a pretty big crossover. But don't let its size fool you. This thing is rated at 1,050 horsepower and is powered by a 130-kWh battery and three electric motors. Equally impressive is its EPA-rated 378-mile driving range.

Although it's very much a prototype, the FF 91 still has many design features that probably would have made production. Examples include the cool suicide style doors and zero-gravity reclining seats.

The dashboard is clearly incomplete, but there is a 15-inch touchscreen, a heads-up display, and a full-sized flip-down screen for rear passenger viewing entertainment.

As is typically the case with prototypes, FF 91 is not street-legal, so forget any desire to use it as a daily driver. Is there a warranty? Seriously, you really have to ask? But since it can't be legally driven, why buy it? Because it's a collector's item with a great story and sadly a very brief history. It's an example of what could have been from an automaker that once had so much promise.

Early prototype EVs could become the next big thing for collectors and, perhaps one day, they'll dramatically increase in value. FF 91 is being offered without a reserve and interested buyers can register to bid on the auction house's website.

Electric Vehicles
This Is What The Interior Of A 5,000-HP Hypercar Looks Like 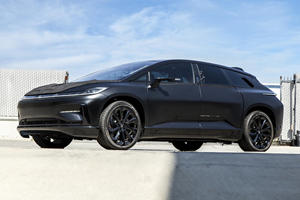 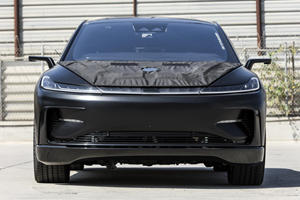 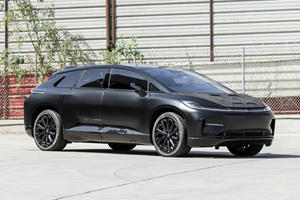 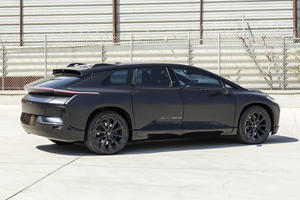 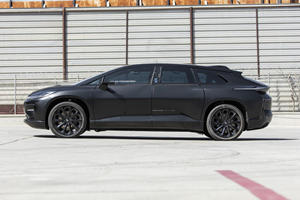