According to General Motors, though.

As far as recalls in recent automotive history go, the one involving General Motors' faulty ignition switch is probably one of the more controversial ones that spring to mind. What started off with GM noticing some issues with the ignition switch on the Saturn Ion snowballed into a disastrous chain of events that resulted in 2.6 million cars recalled and the deaths of 124 people. Therefore, any court filing involving this scandal will attract headlines - and perhaps none more so than this particular case involving a Saturn Sky, as reported by Automotive News.

At face value, there doesn't seem to be anything too out of the ordinary. According to the claimant, a defect in the ignition switch of a Saturn Sky (an already well documented fault) resulted in the plaintiff losing control of the Saturn, colliding with another vehicle and killing the driver of that car. However, the really interesting part comes from General Motors' response to the evidence provided by the claimant: in GM's eyes, the key chain provided as evidence not only had more key rings attached than originally claimed, but the car key itself doesn't belong to the Saturn Sky involved in the crash. Long story short, GM reckons the claimant as "fabricated evidence" in order to support the case - which is an incredibly serious allegation to make.

It's unknown at this moment in time whether the judge will heed GMs' advice to dismiss the case on the basis that the claimant has "hamstrung the search for the truth". As this is an ongoing case, it's impossible to acquire any statement from the involved court officials, and Automotive News wasn't able to obtain responses from both involved parties about these new allegations. It'll be interesting to see how this particular Saturn Sky ignition switch case pans out, and whether the judge or jurors consider the evidence to be legitimate or not. 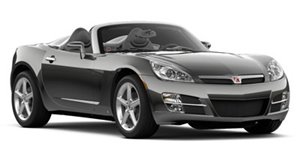