This Hacker Just Built A Self-Driving Car In His Garage

How hard can it be?

The first person to hack the iPhone has just built a self-driving car in his garage. In a report from Bloomberg, George Hotz, a 26-year-old hacker, claims that he built the self-driving vehicle in roughly a month. Hotz utilized a 2016 Acura ILX that has been fitted with a laser-based radar (lidar) system on the roof and a camera mounted near the rearview mirror. The massive 21.5-inch screen in the middle of the dash runs Linux, which points to the fact that Hotz somehow managed to hack into the ILX's computer system.

While this sounds completely insane and almost unbelievable, Hotz's vehicle works. While it's not up to Tesla's standards, the vehicle's incredible.

We may think that Tesla's autopilot system is a little more advanced than this garage-built model, but Hotz claims that his technology is already more advanced than what Mobileye-the Israeli-based technology company that Tesla uses-has to offer. Unlike Tesla's autopilot program, Hotz's car can "think" on its own and uses algorithms to evaluate and mimic Hotz's driving practices. To give the AI software more road experience, Hotz plans on using the vehicle for Uber and in roughly five months, will hopefully settle a score with Elon Musk in regards to an old multi-million dollar bet. 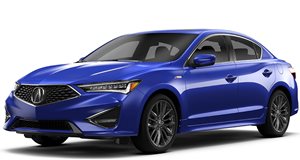