This Is The Craziest Tesla Owner Ever

This biohacker wants to unlock her car like it's science fiction.

Tesla has given its customers a couple of ways to access and start the company's electric vehicles. The main one is through the phone app, but there's also a key fob and a key card option of you don't have your phone. A biohacker that goes by the name Amie DD has another solution though.

She has decided to go full sci-fi and remove the RFID chip from her Model 3 keycard and have it implanted under the skin of her forearm.

It sounds freakish at first, but the idea of using chips implanted in humans has been punted around for years. We also already do it to animals in the wild to track population and habits and our pets for identification if they get lost. This isn't as big of a leap as it sounds, but the RFID chip she pulled out of her Model 3 key fob is large and the video showing the entire process isn't for the squeamish. She already has a chip in her hand, so it doesn't appear to be too big of a deal for her.

The process involves encasing the chip in silicone then having a "professional body modifier" cut a hole into her skin and slide the RFID under the skin. The video shows her driving her Tesla but not necessarily using the RFID chip, and Amie DD has promised a follow-up video in the comments.

The idea of permanently having the chip installed ranks pretty high on the cool sci-fi-O-meter, but in terms of real world practicality it doesn't make a lot of sense yet. Unless you're female, like this pioneer is, and are sick of the fact that women's clothes rarely have practical pockets and don't want to carry a purse everywhere. On the other hand, not many people leave home without their cellphone, so we're still a little baffled in this case. Not all cars use a cell phone app though, and there's always the question of security about using one. 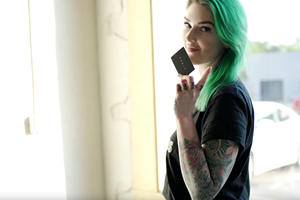 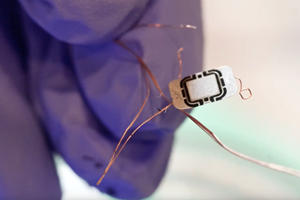 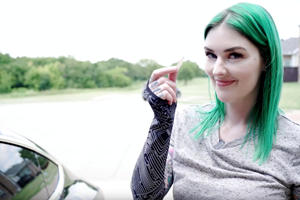 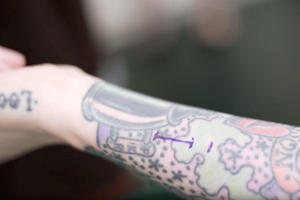 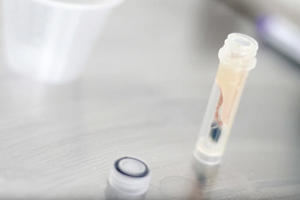