This Is The Last Jeep Wrangler JK Ever Produced

The final Jeep Wrangler JK has rolled off the production line to make way for the upcoming Wrangler pickup.

After being in production for 12 years, FCA has announced the last ever Jeep Wrangler JK has rolled off the assembly line at the company's Toledo Supplier Park in Ohio. First introduced in 2006, the Wrangler JK has been a monumental success with 2.1 million vehicles produced. To commemorate its retirement, workers posed for photos at the assembly plant with the white 2018 Jeep Wrangler Rubicon Unlimited. A lot of its success can be attributed to the Unlimited model, which combined off-road capability with four-door practicality.

Sadly, the last ever Jeep Wrangler JK wasn't built for a customer and will instead be displayed as one of the Jeep brand's show vehicles. With production wrapped up for the Wrangler JK, the extra space at the Toledo Assembly Complex will be used to produce the all-new Jeep Scrambler pickup truck, due to launch in the first half of 2019. If it's anywhere near as successful as the Wrangler JK, it should stay in production for a very long time. The Wrangler JK was built as part of an innovative supplier co-location concept, where supplier partners build and manage key manufacturing process facilities completely within the plant "footprint."

FCA says the same manufacturing system working with supplier partners will be used to produce the new Jeep truck. Kuka and Hyundai Mobis will remain the suppliers for the body and chassis, respectively. "This workforce has been working practically non-stop for the past several years to fulfill the dreams of Jeep enthusiasts around the world who want to go where only a Wrangler can take them," said Chuck Padden, Toledo Assembly Complex Manager. "We take great pride in the role we have played in the history of this vehicle and the impact it has made in the Toledo community. We look forward to bringing that same commitment to the all-new Jeep truck."

While the Wrangler JK may no longer be in production, Jeep recently launched the all-new JL Wrangler. It may look practically identical to the outgoing model, but it's been rebuilt from the ground up and is considerably lighter than its predecessor thanks to extensive use of aluminium. Engine options include a 3.6-liter Pentastar V6, 2.0-liter turbocharged four-cylinder, and a 3.0-liter EcoDiesel V6. 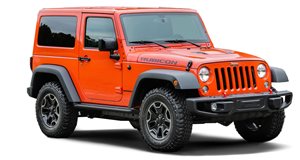