This Is What The Future Of BMW Will Sound Like

BMW is designing unique sounds for its future electric cars.

BMW is planning a massive EV onslaught with 12 new fully electric models launching by 2023 including the production version of the BMW iNext flagship SUV and the i4 sedan. BMW has confirmed the iNext will have around 360 miles of range based on Europe's WLTP cycle. We also know the design will be inspired by the iNext concept. But what will these electric cars sound like? We associate the sound of a roaring V8 with speed and performance, but how do you replicate this in a high-performance electric car?

Porsche, for example, offers an optional $500 Electric Sport Sound for the Taycan Turbo that "enhances the vehicle's own sound and makes it sound even more emotional." BMW, on the other hand, is creating its own sounds for its future electric cars.

A new video released by the Bavarian automaker gives us an insight into the design process of creating these unique sounds, which is completely new territory for BMW.

BMW Acoustic Engineer Renzo Vitale has been tasked with composing a sound that informs people that an electric vehicle is approaching to comply with safety laws. As Vitale explains, this poses an enormous challenge because BMW is creating sounds that don't already exist. To create the sound of the future, BMW and Renzo are working alongside award-winning film composer Hans Zimmer, who has composed soundtracks for films such as Inception, The Dark Knight, and Rush.

These soundtracks help stir your emotions when watching these films, and Zimmer wants the sound of BMW's future electric cars to have the same effect when you put your foot down. "Anything and everything that is an interesting sound to us is permissible" Zimmer explains. "There's a DNA of BMW that needs to be represented. We can actually influence the way the world is going to sound."

Zimmer then previews some sounds he has been experimenting with for the BMW Vision M Next electrified sports car. It sounds powerful but futuristic like something out of a science fiction movie, which perhaps isn't surprising considering Zimmer composed the soundtrack for Interstellar. We like what we're hearing, but would you be happy if BMW's future electric performance cars sound like this? 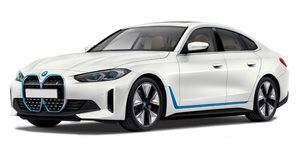