This Is When Ram's Hellcat-Powered Rebel TRX Will Debut

The new supertruck will officially be revealed in less than a week.

For years, the Ford F-150 Raptor has sat essentially unchallenged, sitting atop the high-performance off-road truck throne with no direct factory-stock competition. That was supposed to change with the Hellcat-powered Ram 1500 Rebel TRX, a concept for which was shown way back in 2016, but whose production-ready form kept us waiting. And waiting.

Now, roughly four years later, the wait is finally (almost) over, as Fiat Chrysler Automobiles this week announced that the production version of the Ram 1500 TRX will debut on Monday, August 17 at noon Eastern Time. Like so many new vehicle debuts in the Covid era, the truck's unveiling will be held entirely online, allowing fans to tune in and stream the event live wherever they may be.

In making the announcement, FCA didn't provide any glimpses into the Ram 1500 TRX's performance capabilities, instead simply boasting about all the benchmarks the current Ram model line already sets: a segment-first 1,000 lb-ft of torque with the Cummins Turbo Diesel; a maximum 7,680 pounds of payload and 35,100 pounds of towing with the Ram 3500; an exclusive link coil rear suspension and auto-level air suspension; and so on.

If that's Ram's mentality with regard to the TRX, and the brand won't settle for second-place, then we're all in for a treat. Where the 2016 concept truck debuted with 575 horsepower, the production version is expected to pack the full 700-plus of the Dodge SRT Hellcat muscle cars - hundreds more than the Ford F-150 Raptor's paltry 450 horsepower.

Previously, the Ram 1500 TRX was set to be revealed at this year's North American International Auto Show in Detroit, which was recently moved from mid-winter to mid-summer to try to draw wider attendance, but the show was canceled, forcing FCA to postpone the truck's reveal. Of course, nothing worth having ever comes easy, and we're excited as all get-out to finally lay eyes on the new king of the off-road pickups when it bows early next week. 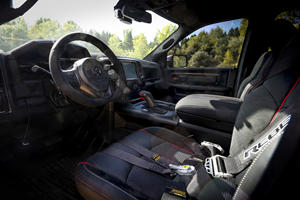 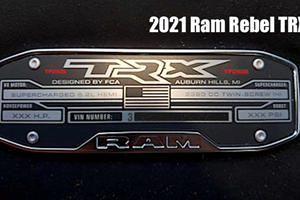 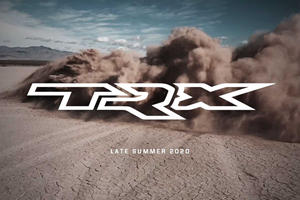 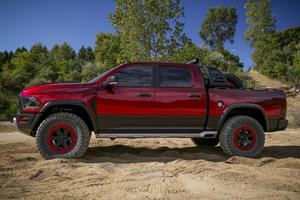 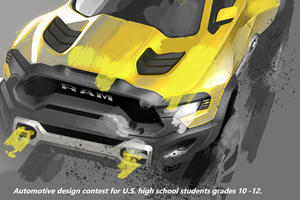