Nissan is bringing all-new versions of old models to market.

Nissan is currently on a mission to bring its entire range up to date. Still left on the list of Nissan vehicles long overdue a new generation is the Frontier compact truck and the Pathfinder SUV. The Frontier recently got a big update to its drivetrain with a new 3.8-liter V6 engine developing 310 hp and 281 lb-ft of torque. But the bones of the current Frontier have been supporting it since 2004, and we reported the update as "putting a band-aid on a gunshot wound." In subtler terms, the Frontier is a solid but tired truck desperately in need of the reworking Nissan will show us on February 4 alongside an all-new Pathfinder.

The current fourth-generation Pathfinder isn't as old as the Frontier. It debuted in 2013 and instantly went from being an off-road competent rear-wheel-drive SUV to a front-wheel-drive crossover that was dubbed by some as the "Mallfinder." For 2021, we expect the Pathfinder to remain on a unibody platform but one that can support a hybrid drivetrain. We also expect the drivetrain to carryover with its 3.5-liter V6 but attached to a new nine-speed automatic gearbox. No doubt it will also feature Nissan's latest design language, including a new V-Motion grille. We've already had a peak at the new Frontier grill when it showed up in the background as a design sketch during the Nissan Navara's reveal video in November.

For the Frontier, we expect the new generation to be based on Nissan's foreign-market Navara truck's platform that has been around just a few years. The 2.5-liter four-cylinder engine is expected to be dropped, and with the base engine becoming the 3.8-liter V6, we know the Frontier's price will increase. As a result, Nissan's Frontier may no longer be considered a budget truck competing with less powerful four-cylinder rivals at the bottom of the market. An early fleet ordering document suggests the base MSRP price may be as high as $30,000 and around $7,000 more than the outgoing model. Comparatively speaking, that's still competitive, with a V6 equipped Toyota Tacoma starting at $28,410. We'll find out if Nissan offers enough standard features on the 2022 Frontier to make the extra cost worthwhile when it debuts on February 4. 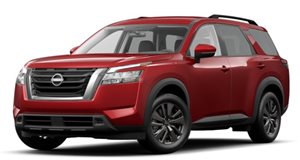 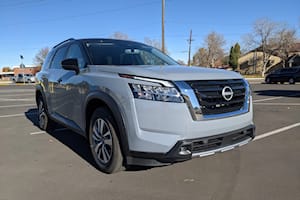 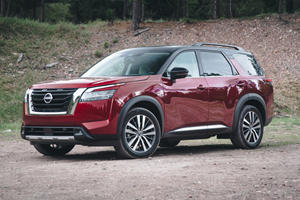