This Is When The New Nissan Juke Will Debut

But will the funky crossover be given a second chance in the US?

Back in 2017, the peculiar-looking Nissan Juke was replaced by the Kicks crossover in the US, which has a comparatively conventional design. Over in Europe, the Juke is starting to show its age, having been in production for nine years. Thankfully, Nissan is preparing to replace it with a new second-generation model.

While we've already seen spy shots of camouflaged prototypes, a teaser photo released by Nissan confirms the all-new Juke will debut on September 3. The photo isn't very revealing but confirms the new Juke will retain its predecessor's split-headlight design, with slim daytime running lights and round headlights. Expect the exterior to be a modern evolution of the original's divisive design.

Underpinning the new Juke will be the same platform as the Renault Clio and the next-generation Captur. This also means there will be support for electrified powertrains, so expect a plug-in hybrid model to join the Juke lineup with a 1.6-liter four-cylinder gasoline engine and an electric motor powered by a 9.8kWh battery. This setup should deliver an electric range of around 20 miles. The new platform will also increase trunk capacity, as well as offer more head and knee room for rear passengers, which was a common complaint directed at the original Juke.

Mild-hybrid and fully electric versions are also allegedly being planned, but that doesn't mean Nissan will drop the standard combustion-powered versions as the current model's turbocharged 1.0-liter three-cylinder gasoline and 1.5-liter diesel engines are expected to carry over. Interior updates will likely include a new infotainment system with smartphone integration and Nissan's ProPilot system.

Following its world debut on September 3, the new Nissan Juke is expected to go on sale in Europe in 2020. Let's hope Nissan gives the funky crossover another chance in the US so a new generation can either love or hate it. 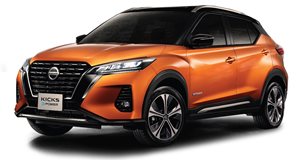 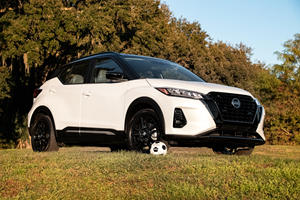 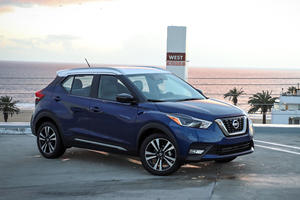 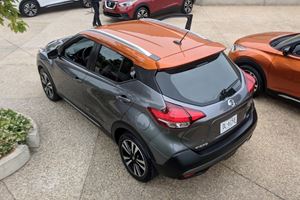