This Jaguar XJ Is Not What It Seems

It's one of the last Daimlers that Jaguar ever made, and it's coming up for auction.

The name Daimler is intrinsically intertwined with Mercedes-Benz. But as this vehicle goes to show, that wasn't always exclusively the case in every part of the world.

Way back in 1896, British cyclist and automotive tycoon Harry John Lawson penned a deal with Gottlieb Daimler to use the name in the UK for his own manufacturer, known as the Daimler Motor Company. Jaguar acquired the brand in 1960, using the name to distinguish the most luxurious versions of its vehicles. In fact it continued doing so until a little over a decade ago, when this particular car was built. 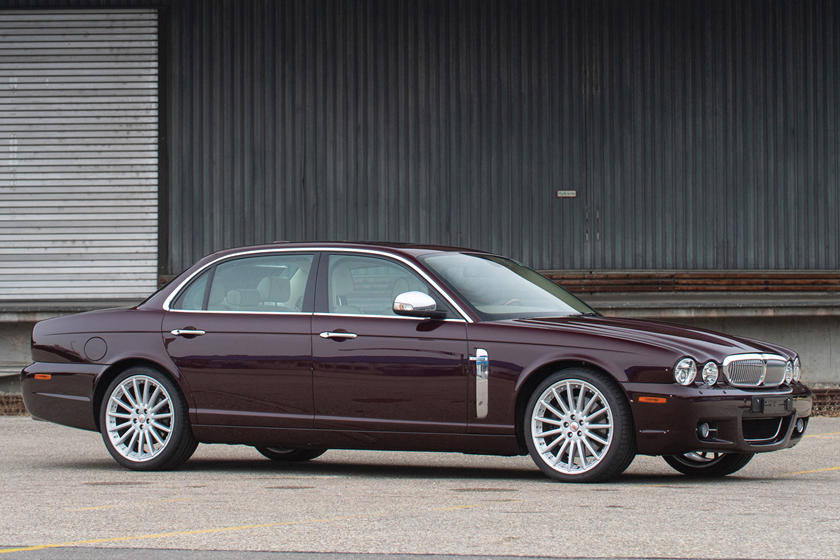 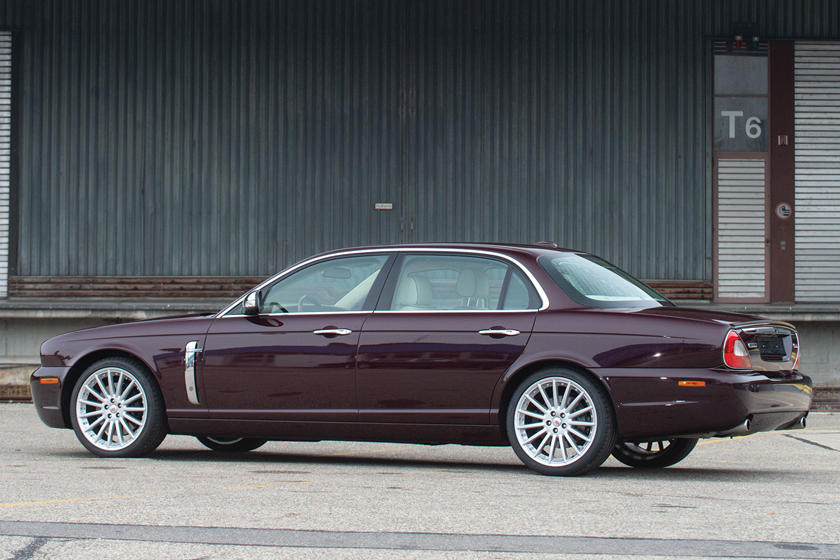 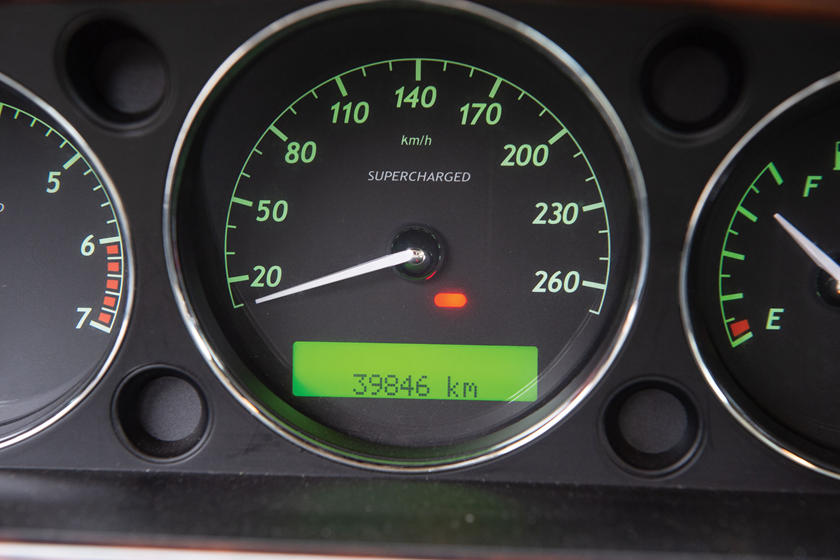 It's a 2007 Daimler Super Eight – essentially the same as the Jaguar XJ Vanden Plas that we got in the United States. It was based on the X350 generation of Coventry's flagship sedan, and packed the same 4.2-liter supercharged V8 as the XJR. But it ditched the Leaping Cat hood ornament in exchange for a flourished D and even more upscale accouterments.

Though Jaguar Land Rover (and its parent company Tata in turn) still own the rights to the Daimler name in the UK, it phased out its usage in 2007, near the end of Ford's stewardship of the British automakers. 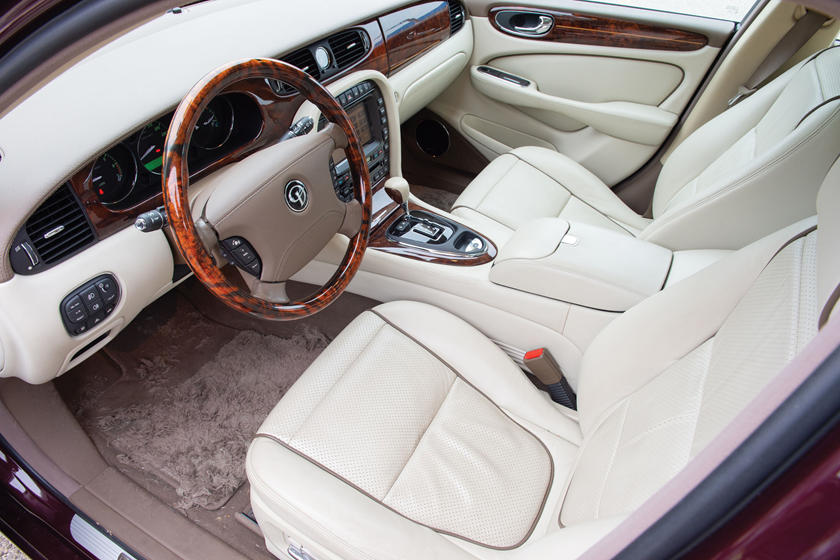 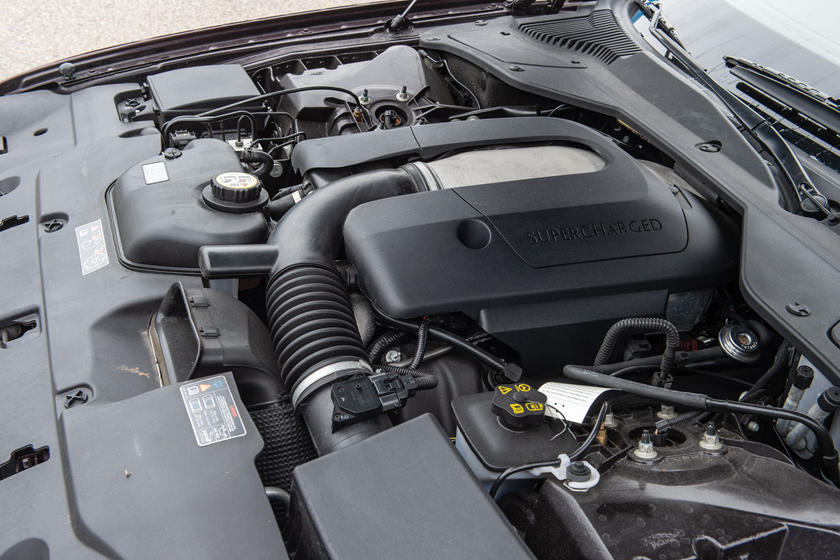 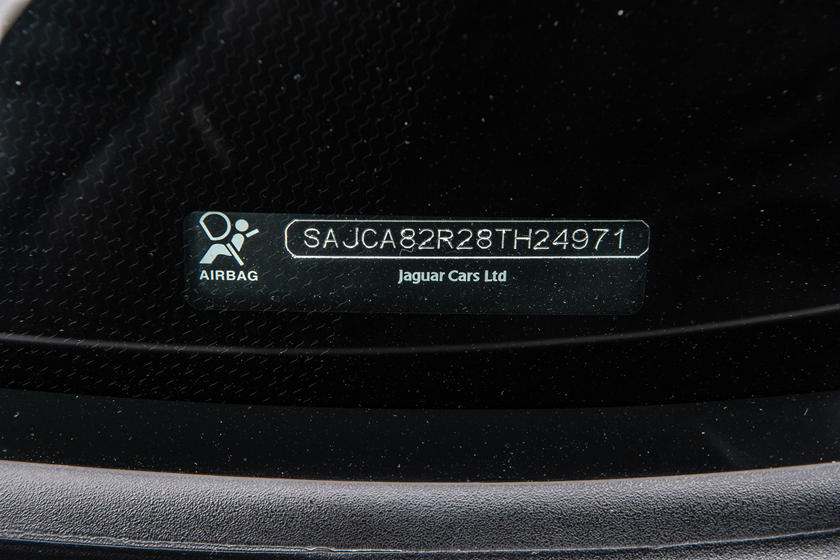 That makes this Super Eight one of the last Daimler-badged Jaguars ever made, leaving it as something of a rarity, even among the 83,566 examples of the X350-gen XJ made between 2002 and 2009.

If that strikes you as something you want to get your hands on, we have good news. This last among the Daimler is coming up for auction this April at the Techno-Classica show in Essen, Germany, where RM Sotheby's will sell it off as part of the extensive Youngtimer Collection of future classics being liquidated across numerous events. (Photos by Tom Wood, courtesy of RM Sotheby's.) 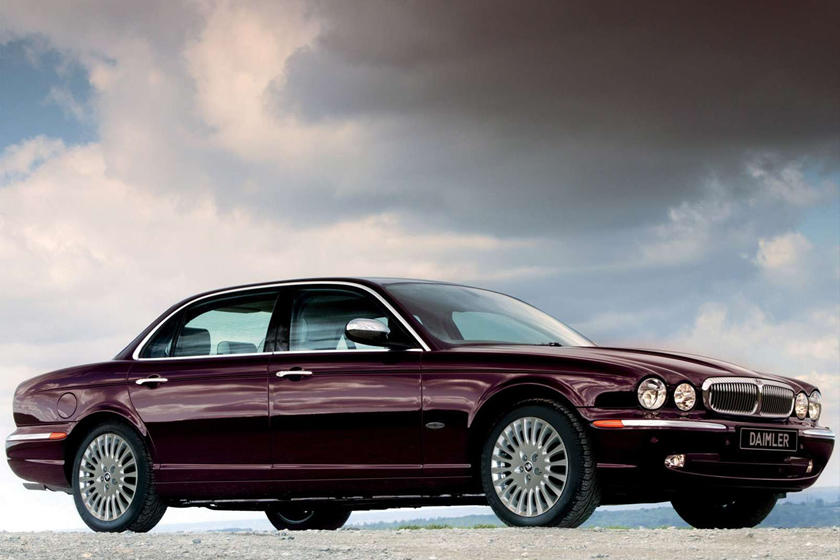 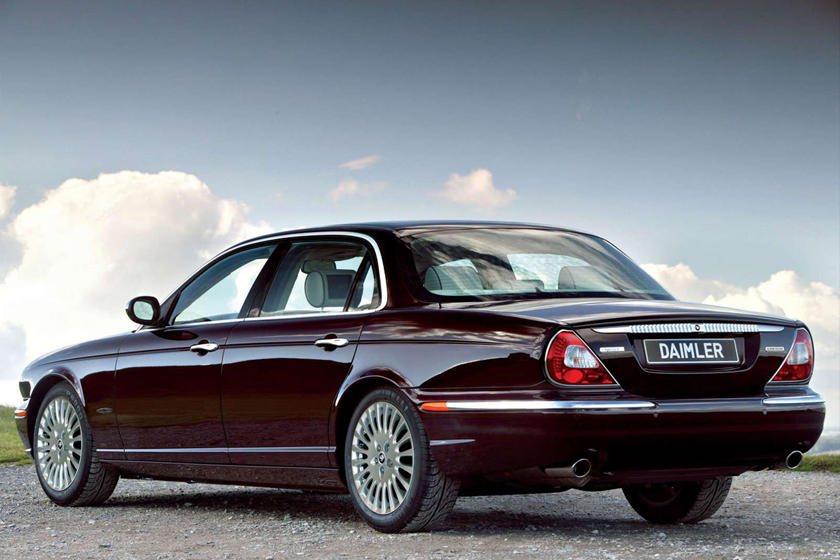 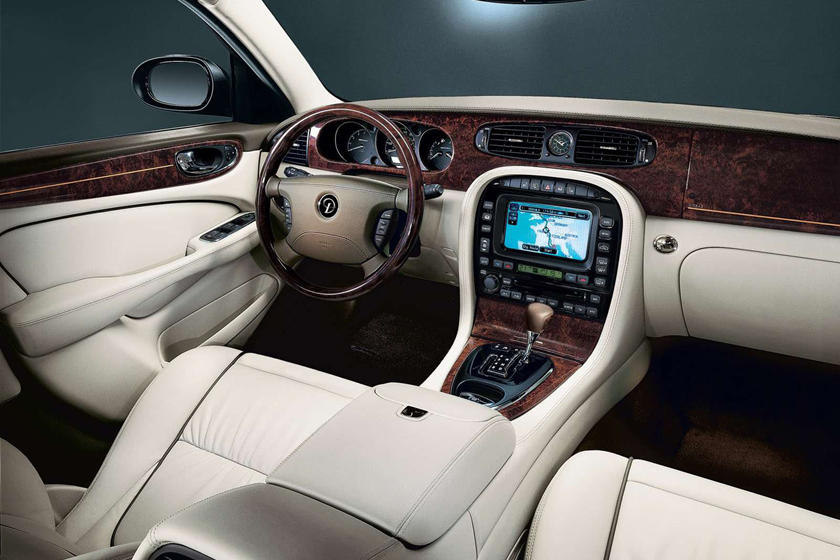 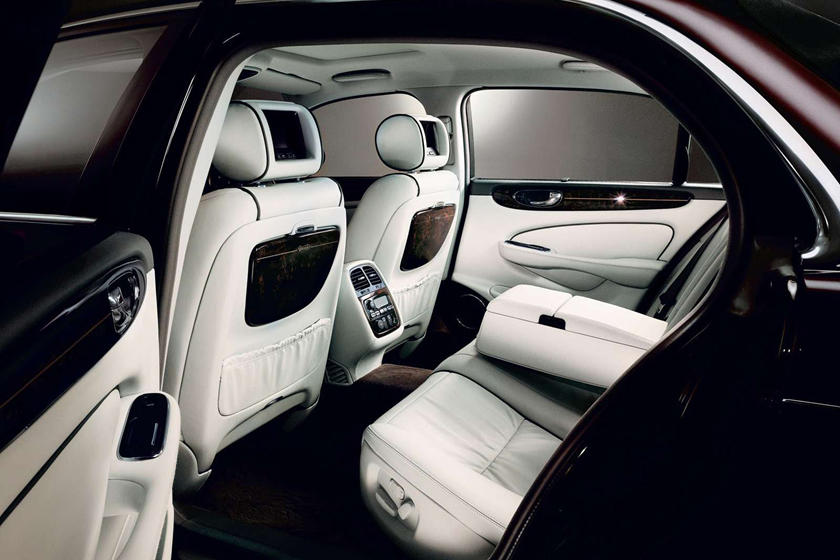 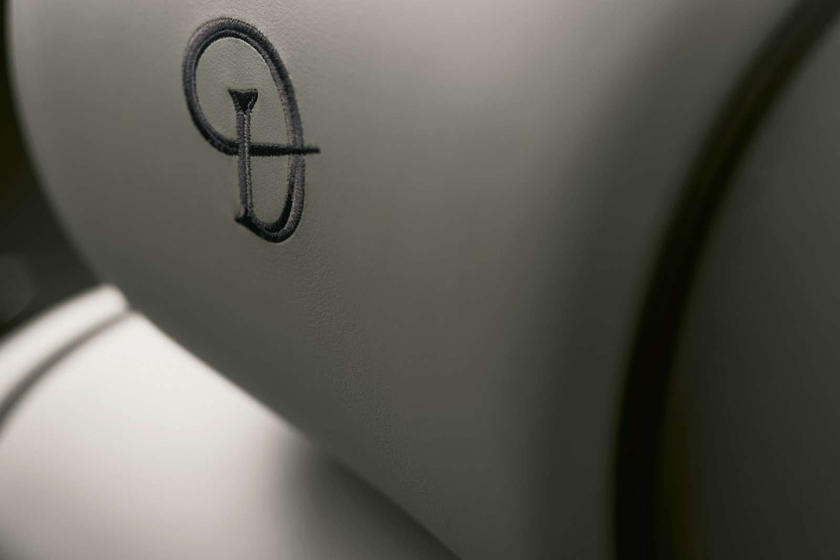 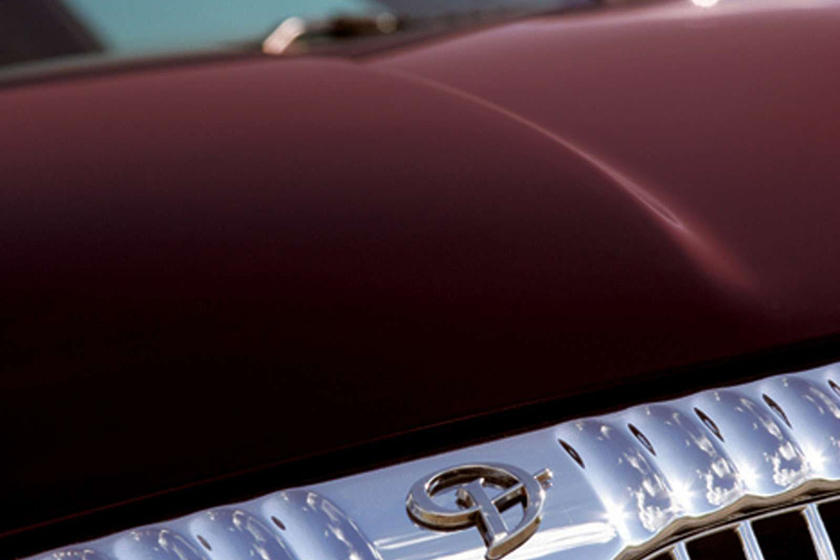 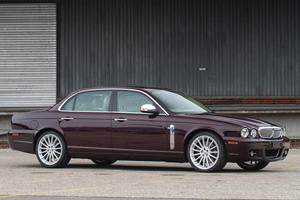 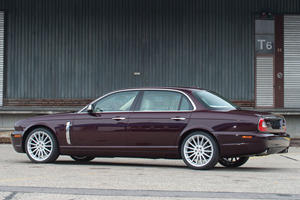 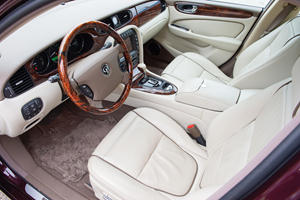 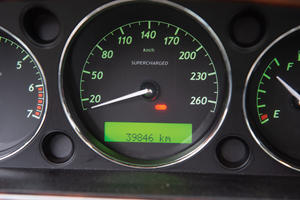 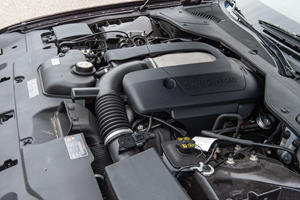