Your chance to own a stunning homage to Ferrari's racing history.

The iconic Ferrari 365 GTB/4 was originally conceived as a road car, but the manufacturer's racing pedigree led to the motorsport media calling it the 'Daytona' to commemorate Ferrari's 1-2-3 finish at the 1967 24 Hours of Daytona. If you've ever dreamt of owning a piece of Ferrari's racing history, London-based dealer Hexagon Classics is selling a stunning race-ready example of the Ferrari Daytona. Built as a homage to the prancing horse's racing history, it never saw any racing action, so it's practically begging to be tamed on a track. 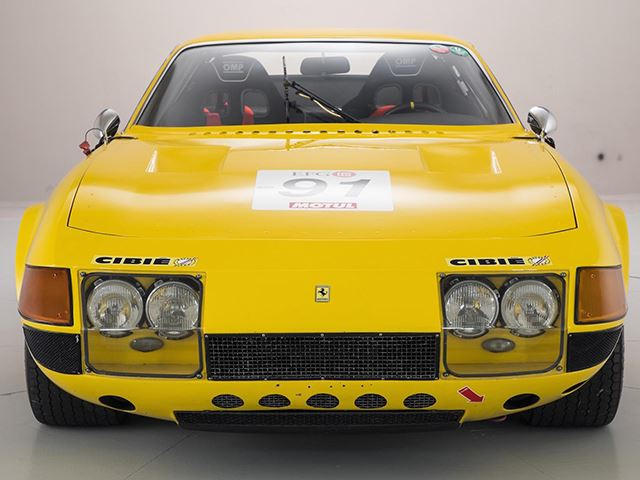 The example listed for sale originally left the Maranello factory in 1973 as a road-going Ferrari 365 GTB/4 before being converted into a Group 4 competition car in 1999. Finished in a striking yellow paint scheme with an obligatory racing livery, it represents part of the second series of five examples originally built and boasts an aluminium hood and trunk lid, as well as increased flares around the wheel arches to accommodate wider wheels. Under the hood lies a 4.4-liter Colombo V12 cranked up to produce 450 hp. "It goes without saying that the Ferrari 365 GTB/4 has a unique story, ranging from styling to its racing pedigree and the origins of the name Daytona," said Paul Michaels, chairman of Hexagon Classics.

I have had the privilege of dealing with a lot of Daytona's in the past and this particular recreation is one of the finest examples I have ever come across." No price has been listed for the race-ready prancing horse, which is now eligible to compete in historic racing events, but we suspect you'll need to have very deep pockets to own one. 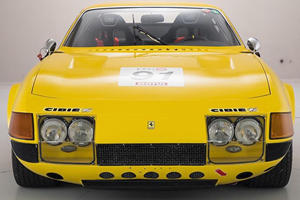