Not to mention a hell of a lot more expensive.

It was just last year that we saw the iconic car from "The League of Extraordinary Gentlemen" go up for auction. That car, the original one driven by Naseeruddin Shah (aka Captain Nemo) in the movie, sold for $45,000. Pictured here is "The Spirit of Nemo," a replica. Bidding for it on eBay currently sits at $165,000. Yes, the replica of the real deal is probably going to sell for more than the actual movie car itself. How the hell does something like this happen? For starters, the two cars are more than just a little bit different. 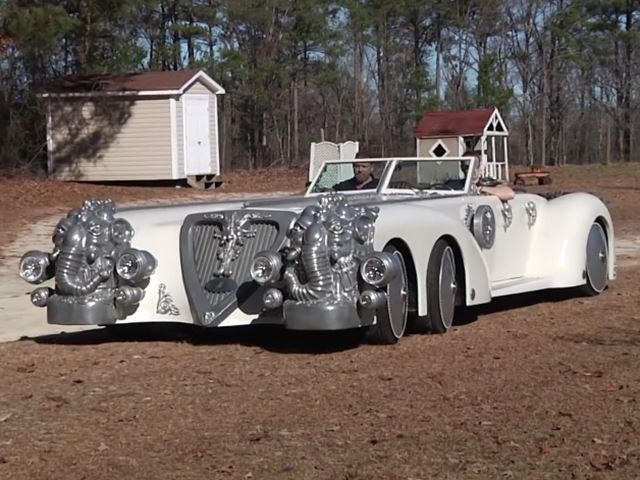 If you look closely, especially in the interior, you can see the differences between the two. The biggest difference is underneath, though. The original car was based on a Land Rover Fire Tender. This replica is actually made up of two Cadillac limos and is a bit longer than the real deal at 24 feet compared to 22 feet. There are other differences as well, such as the fact that it has a steel I-beam frame. The I-beams came from a dismantled bridge. Oh, and it's also powered by a 425-cubic inch V8. Amazingly this car is able to drive on the highway, although it doesn't seem like you'd want to go too far or fast since it doesn't come with a roof. Ken Freeman of North Carolina is the man behind this car. He spent 6,500 hours creating it.

The ad refers to the replica as "automotive art," and in that context it's not hard to see why bidding has gotten so high. Check out this short clip of The Spirit of Nemo from Yahoo Autos and let us know if you think this thing is worth its extraordinary price tag. 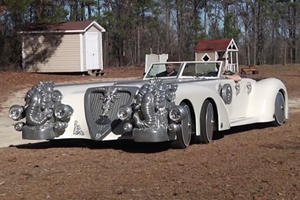