This Stunning Roll-Royce Was Designed By An Eight-Year-Old

The imagination of a child is a wonderful thing.

Rolls-Royce makes some magnificent vehicles. The Ghost, Wraith, Dawn, and Phantom are absolutely incredible luxury cars, and there's little that can be done to improve their design. The Cullinan is a little more divisive in its styling, but what if you let kids tell you how they think the Rolls-Royce of the future should look? Well, the British marque has done just that with its Young Designer Competition, and one of the standout entries is from an eight-year-old named Megan. Her idea of the perfect luxury car is one that is powered by honey, has a viewing suite for animals, and replaces the Spirit of Ecstasy with a "Spirit of Butterfly" hood ornament.

The image above is without a doubt the most realistic in terms of looks, but it takes inspiration from the drawing in the top left of the image. We've also included some of the other zany designs that have made the cut for the 220-strong shortlist, all of which are clearly based on pure fantasy. This isn't a surprise considering that the competition was only open to those 16 years old and younger. As much as it is obvious that these designs are highly unlikely to ever make it into production, they are an interesting insight into the minds of the youth. So how did Rolls get these designs, and what for?

The contest, which began back in April, received over 5,000 entries from over 80 countries, with 220 making the final cut. The winner will be announced towards the middle of this month, and part of the reason that the contest has been so successful is that the winner will get a rendered illustration of his or her design, much like the one above. In addition, a chauffeur-driven Rolls will take the winner and his or her best friend to school on their first day back, while runners-up will receive a hand-signed certificate from the CEO of Rolls-Royce, Torsten Muller-Otvos. One UK entrant will also get a ride in a Rolls, as well as a Greenpower electric car kit, which creates an opportunity to get involved in British motorsport. 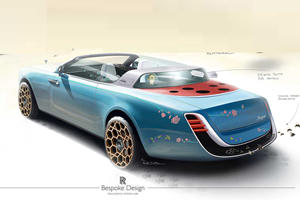 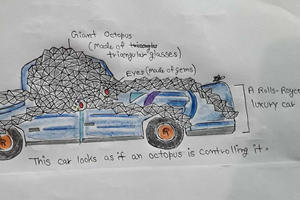 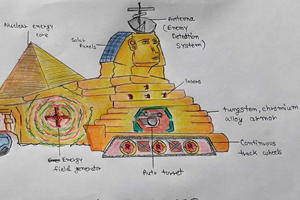 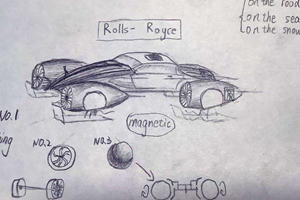 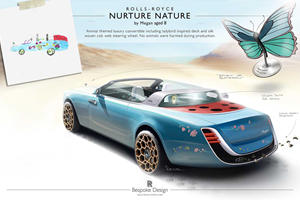