This Ultra-Rare Mercedes-Benz CLK GTR Can Be Yours For Just $2.6 Million

Possibly the coolest homologation car ever.

Back in 1997 Mercedes-Benz created the CLK GTR to compete in the FIA GT Championship, a short-lived series based on production cars. Thing is, to compete there had to be a road version of the racecar for homologation, and the rules in place stated that 25 road cars constitute a production run. Although the race series was cancelled, the automaker still had to produce the road version, which looks about as home on the streets as a shark playing golf. That's what makes the CLK GTR so damn cool.

There were 35 examples produced in a two-year period. The list is made up of the pair of original prototypes that were built in a mere 128 days after the initial design was signed off, 7 race-spec cars, 20 coupe models (as seen here) and finally just 6 roadsters. Assuming they all still exist, this is still a rather rare car we found listed at James Edition. Seeing one come up for sale is pretty rare indeed, although we have seen it before, even in the States. This one just listed will cost you a whole truck load of cash at €2,450,000 (or roughly $2.6 million) but you do get a very rare, low mileage car for that money. It has just 1,802 miles on it and looks to be the number 21 car from the limited production run.

While the car is listed to have a V8 engine, that may just be wrong as the V8 was only used in the CLK LM made specially to compete at LeMans. The street version had a 6.9-liter V12, bigger than the track car's 6.0-liter, and it produced 604 hp and 572 lb-ft of torque. This power saw the CLK GTR hit 62 mph in 3.8 seconds and a top speed of 204 mph. Back in 1999 the CLK GTR earned itself a Guinness Record, not for speed or design, but as the most expensive production car built at the time - $1,547,620. Seventeen years on and it's appreciated by around $1,000,000. Not bad at all. We'd love something this rare, but maintenance, and McD's drive-thrus will be a problem. 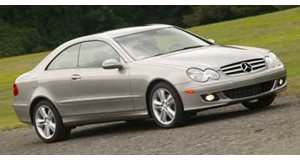