This Wannabe Lamborghini Urus Is Actually A Toyota Venza

It's way sportier-looking than the standard Venza, though.

Italian exotics and trusty Japanese family vehicles rarely go together, but it's exactly this unusual combination that Japanese tuner Albermo specializes in. The company's somewhat bizarre creations include a Toyota RAV4 with a Lamborghini Urus body kit and, possibly even more weirdly, a Toyota Prius with the face of a Ferrari Portofino.

The latest beneficiary of one of these transformations is the Toyota Venza, the crossover known in its home market as the Harrier. We expect it to do well in the US thanks to competitive pricing, although the Lamborghini Urus-festooned version you see here is more controversial.

What's surprising is that the Urus-like face doesn't look as terrible as you'd think. Well, it's a gigantic improvement on the Honda Crosstour that tried to mimic a Urus. Gone is the standard model's more elegant demeanor and in its place is the front fascia of the Lambo SUV, which blends in fairly well with the Venza's slim headlight clusters. All the models pictured here had black roofs in place of the stock version's body-color roof.

Beefy cladding around the wheel arches gives them a much more angular look than the standard Venza's rounded items, while the combination of massive wheels and a dropped suspension give this crossover a much more aggressive stance. At the back, there is a prominent spoiler, a large diffuser, and central dual-exit exhaust pipes.

Of the Albermo kits we've seen this year, we'd have to say that this one blends the best with the original design. Whether we'd actually go ahead and fit a Lamborghini Urus bodykit to an efficient hybrid SUV is another question altogether, although the tuner has apparently already received many inquiries from overseas markets.

The kit is scheduled for release in October 2020. Prices haven't been indicated yet, although the Urus-inspired kit for the RAV4 goes for $3,150, so this provides an idea of what the modified Venza kit could go for. 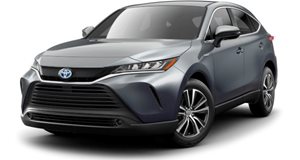 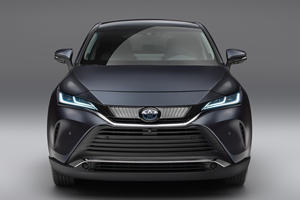