Today's Volkswagen Golf GTI Is 45 Years In The Making

Volkswagen celebrates the legacy of the Golf GTI.

Back in 1975, Volkswagen created the world's first hot hatchback with the Golf GTI. 45 years later, the Golf GTI is still in production today, with an all-new eight-generation model launching this year (at least in Europe - it won't arrive in the US until 2021). To celebrate the 45th anniversary of the Golf GTI and the upcoming launch of the new model, Volkswagen is looking back at the hot hatchback's legacy.

The first Golf GTI was presented at the International Motor Show in Frankfurt in September 1975 before launching in the summer of 1976, pioneering sporty front-wheel-drive compact cars, aka hot hatches, as we know them today. Only 5,000 units were planned originally, but 461,690 units of the Mk1 Golf GTI rolled off the production lines.

The original Golf GTI, or the "Sport Golf" was it was originally called, was developed in secret by a dozen staff members at Volkswagen. Initial prototypes feature ad carbureted engine generating 100 horsepower and the project was given the green light in March 1975 by VW's Chairman of the Board of Management. 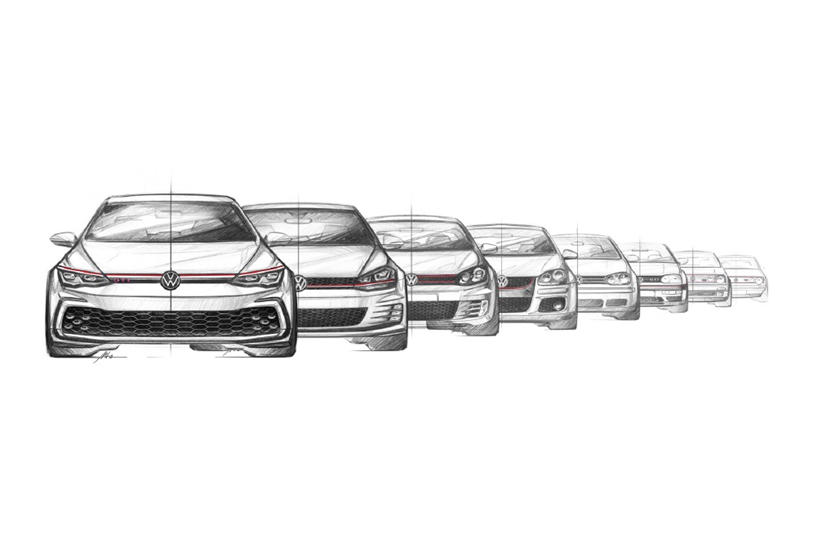 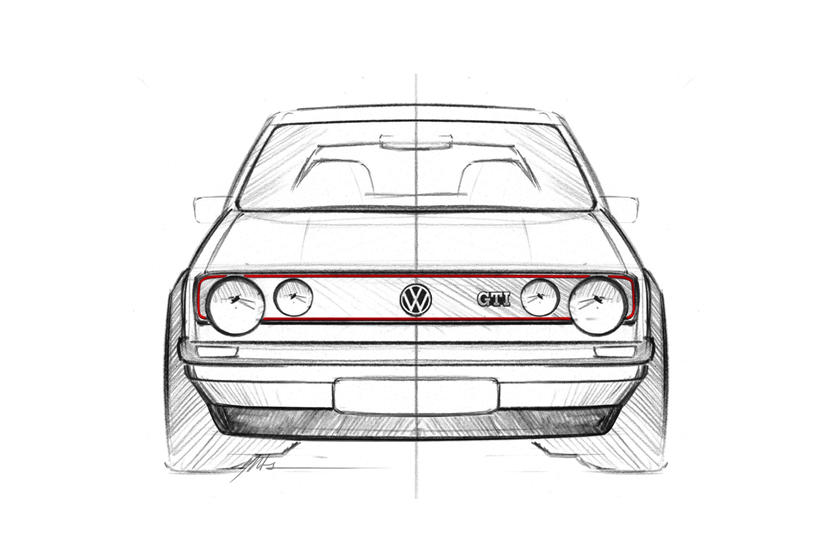 The production car packed a fuel-injected engine generating 110 hp, enabling the hot hatch to reach a top speed of 113 mph, along with black wheel arch extensions, a black frame around the rear window, red edging around the radiator grille, plaid sport seats, a golf ball shifter knob, and a sport steering wheel.

In 1984, the second-generation Golf GTI continued the original's success and retained some signature design features such as the red strip in the grille and plaid sports seats. In 1984, the output briefly dropped to 107 hp after a catalytic converter was futted. Two years later, Volkswagen made up for this power loss by installing a new 16-valve engine generating 129 hp. An even more powerful G60 model launched in 1990 with 160 hp. 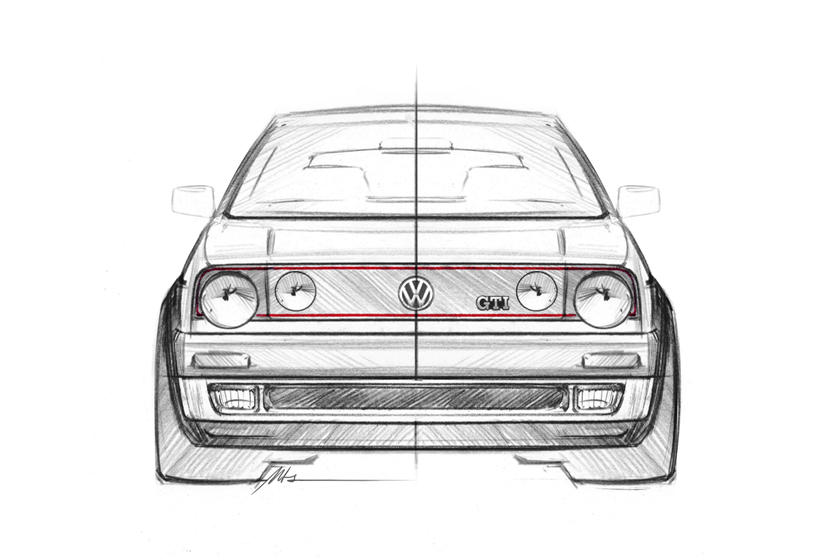 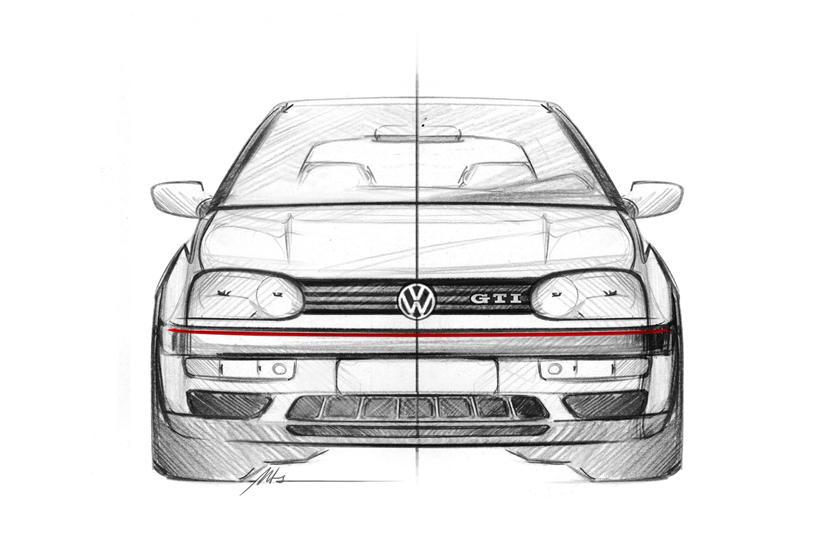 The Golf GTI entered its third generation in 1991, with a new front design concealing the dual headlights behind a shared lens. Initially, the Mk3 Golf's output started at 115 hp but increased to 150 hp a year later thanks to a new 16-valve engine. In 1996, a turbocharged diesel version generating 110 hp was launched along with a "20 years of GTI" anniversary model.

The fourth generation Golf GTI represented a design departure, ditching signature cues such as the red strip in the grille. Its gasoline engines available with four or five cylinders generated up to 170 hp while diesel engines delivered a maximum of 150 hp. A turbocharged "25 years of GTI" special edition launched in 2001 generating 180 hp. 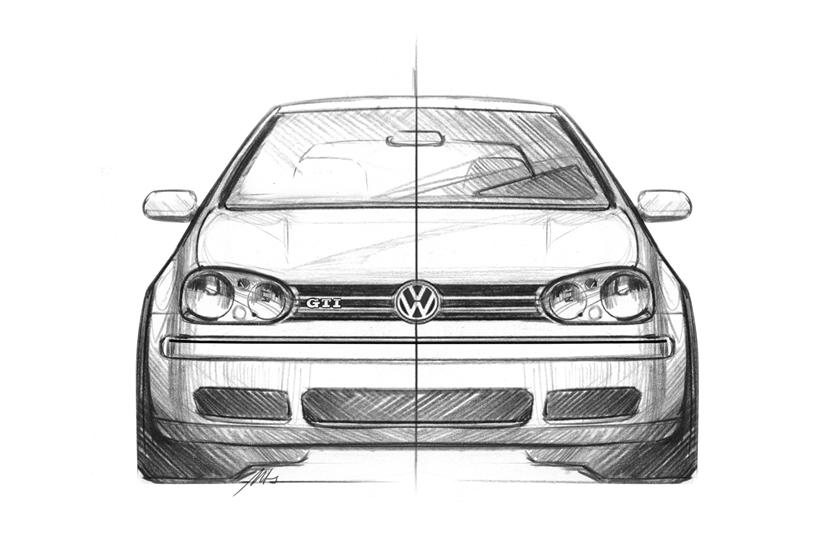 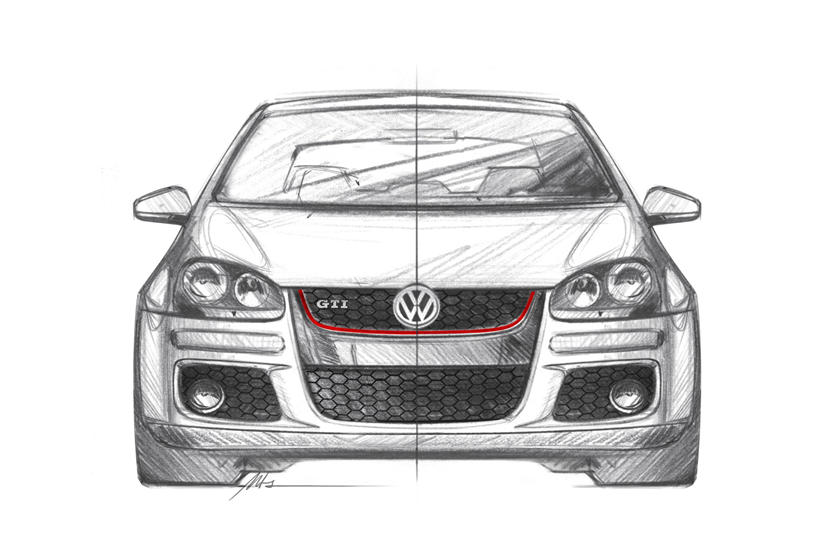 In 2004, the fifth-generation Golf GTI launched with a sharper designe, a 200-hp turbocharged engine and outstanding handling. Among its striking design features included new Denver design wheels and a black, V-shaped radiator grille. With a manual gearbox, the fifth-generation Golf GTI could 0-2 mph in just 7.2 seconds, while the new dual-clutch automatic transmission reduced the sprint time to 6.9 seconds. Top speed was 146 mph, which was impressive for a hot hatch at the time. Another anniversary model launched in 2006 with 230 hp to celebrate the car's 30th anniversary.

The sixth generation of the Golf GTI followed in 2009 with an electronic differential lock for the first time. With a top speed of 149 mph, this GTI featured a turbocharged engine generating 210 hp. It also featured a new exhaust system with a tailpipe on either side and was launched as a convertible in 2011 for the first time. VW marked its 35th anniversary with the "Golf GTI Edition 35", with an increased output of 235 hp, a 0-62 mph time of 6.6 seconds, and a top speed of 153 mph. 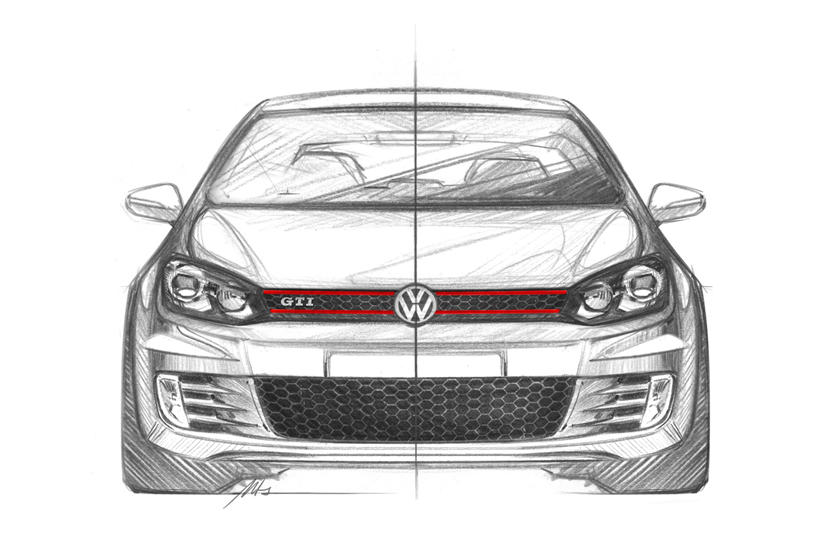 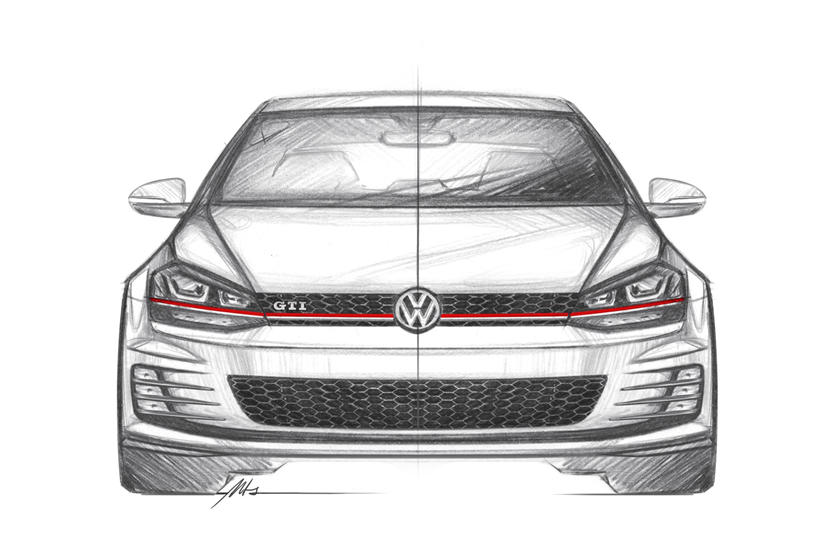 For the first time, the seventh generation GTI launched with two engine outputs in 2013. The base version delivered 220 hp, while the Golf GTI Performance had 230 hp and was the first Golf GTI to feature an electronically-controlled torque-sensing limited-slip differential and be constructed on the modular transverse matrix. This new platform reduced the GTI's weight by up to 92 pounds, making it more agile.

With a manual transmission, the 230-hp version could max out at 155 mph. It spawned the track-focused Golf GTI Clubsport, which delivered up to 290 hp thanks to an overboost function. 0-62 mph took just 5.9 seconds. A year later, the 310-hp Golf GTI Clubsport S smashed the previous record for front-wheel drive vehicles around the Nurburgring Nordschleife, posting a time of seven minutes and 49.21 seconds and reaching a top speed of 164 mph. 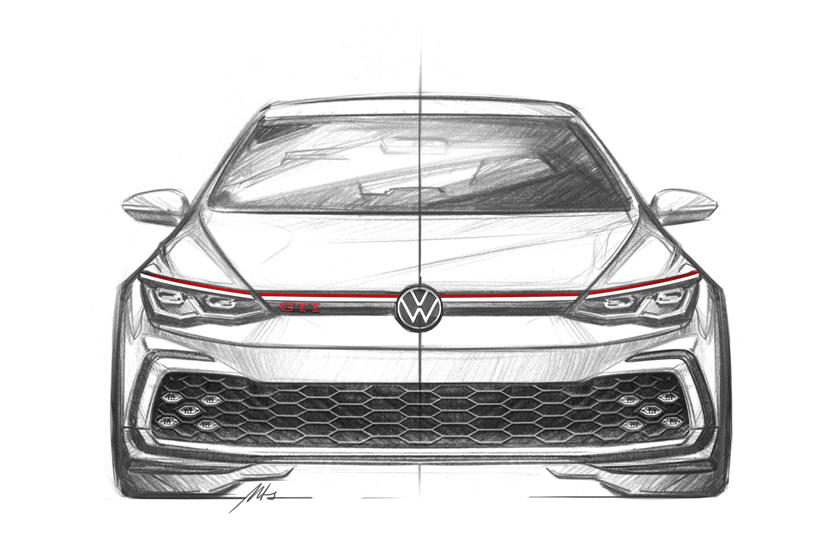 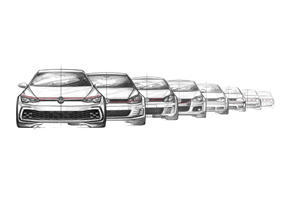 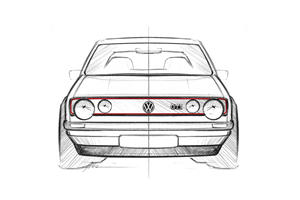 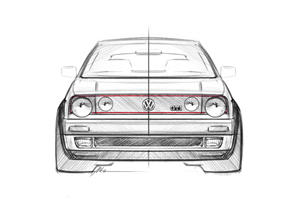 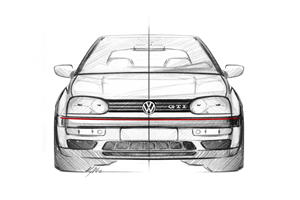 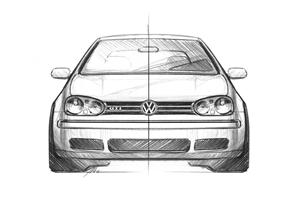