Dealerships can't keep any of these used cars on the lot.

In the United States, it takes just over 33 days (on average) for a dealership to sell a used vehicle. This statistic comes from iSeecars.com, which analyzed 2.1 million cars that were between one and three years old. However, we would expect that certain cars would sell much quicker than that. iSeecars CEO Phong Ly says "vehicles that move off dealer lots faster must have the right mix of demand and supply that may be driven by factors like price, unique features and performance." We were surprised by the top 10 fastest selling used cars.

We thought that the quickest-selling cars would consist of popular models like the Honda Accord or Nissan Rogue, but we were wrong. The top 10 goes as follows: At number 10 is the Tesla Model S. Ly says that the Model S makes it on the list because there is still a scarcity on the used market that continues to drive up prices and increase its status. Number nine is another electrified car, the Ford Fusion Energi. The Fusion is an attractive car, and the plug-in hybrid Energi version can go up to 20 miles on electric power. The Energi's price has dropped by 12.8 percent down to $18,699 on average, which makes it good value on the used market.

The Mercedes GLC comes in at number eight, likely because it is relatively new and thus there are with very few models circulating on the used market. It takes around 25.7 days for dealers to sell a used GLC on average. The Scion FR-S comes in at number seven, selling in just 25.1 days on average. Number six came as a big surprise to us: the Nissan Leaf, with an average sell time of 25 days. Even though Consumer Reports doesn't recommend buying used EV models, values have plummeted enough to get people interested. Leaf values have dropped to around $11,703 on average, which is down by 10.3 percent.

Number five is the Hyundai Veloster Turbo, which sells in 24.9 days due to its high depreciation. The Toyota Prius Plug-in comes in at number four, and may sell so quickly due to demand from California where the car qualifies to use the HOV lane. The Lexus IS 200t comes in high at number three, even though it's not a hybrid. This could be because it's both an affordable luxury car and reliable. Number two is the BMW i3, which has recently started to come off lease. An i3 can be picked up for around $23,000 on average, which is somewhat of a bargain. Finally, the Fiat 500e came is as the fastest selling used car on the market, which was a huge shock.

We know that FCA lost around $20,000 on every 500e that it sold when new. On the used market the 500e has become so cheap that the average purchase price for one is now less than $10,000. The average price for a car that is one to three years old is $21,000, so consumers are perfectly happy with an electric car that costs less than half of the average used car. 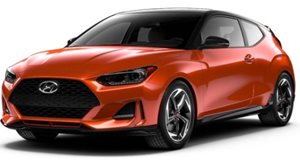 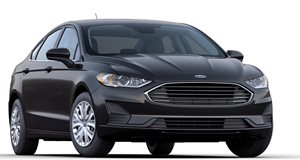