As always, there was a decent selection of concepts to get our teeth stuck into at Detroit. However, this year it seemed that production-bound concepts were more prevalent than those that would forever remain design studies. While the latter group are undoubtedly more fun, concepts that will actually one day be cruising down the street are what get us excited. Here are five of the best from the 2014 show.

Following concepts such as the FT-HS and LF-LC, the stunning FT-1 concept is a two-year work in progress. Toyota said it represents the ultimate expression of its exterior coupe designs, while the rest of us said: "Please let this be the next Supra!" The aggressive, track-focused sports car is strongly influenced by Toyota's sport car heritage and fans of the brand desperately hope the FT-1 will herald in an equally auspicious future.

While Kia said the GT4 Concept was not bound for production, we would be stunned if it didn't result in something very similar in the near future. Studying its footprint and 315-hp 2.0-liter turbo-four, this is what Kia will eventually transform into a Subaru BRZ fighter. As the brand's "most aggressive concept ever," styling will almost certainly be toned down but Kia has something very special on its hands with this design.

With the Q50 Eau Rouge, Infiniti was offering insight into its future high-performance models as the Japanese carmaker has finally decided to cross swords with the likes of the BMW M, Mercedes AMG, Audi RS and Cadillac V models. There were no drivetrain details, but a forced-induction V-cylinder engine was said to be good for over 500 hp and 600 lb-ft of torque. Most of the concept's carbon-fiber body were specially crafted, while nods to Formula One (apart from its name) included a rear brake light from Red Bull's RB9 F1 car, a sculpted front wing and rear aero package.

Nissan went as far as saying its blandly names Sports Sedan Concept previews "a future production sports sedan" but stopped short of admitting it was talking about the next Maxima. However, numerous cues point to this, not more so than the 3.5-liter V6 sitting under the hood ready to deliver 300 hp. As per the current Maxima, power is sent to the front wheels via a CVT. Designed in California, the concept also apes the Maxima's dimensions save for height, as Nissan wants the next-gen model to have a coupe-like profile.

Audi has the unusual habit of previewing its new-generation TT models with a shooting brake concept. This trend continued at Detroit where the four rings unveiled the Allroad Concept. Power comes from a hybrid system consisting of two electric motors linked to a conventional 2.0-liter TFSI for a total of 402 horsepower and 480 lb-ft of torque. It can go from 0-62 mph in 4.6 seconds and hit a top speed of 155 mph. Audi claims it can achieve 149 mpg and a possible 502-mile driving range. We could see the new TT as early as March. Alas, a shooting brake variant will forever remain in concept guise. 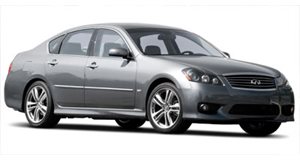