Call it a warning shot.

Tech giant Apple was on the brink of signing a major agreement with Hyundai Motor Group to build its long-awaited battery-electric vehicle. The South Korean automaker then backed out, concluding it was not the right fit. Since then, Apple has reportedly been quietly talking to other potential manufacturers such as Nissan, but nothing so far. The news that Apple was seriously close to (and may still be) entering the highly competitive auto industry caught everyone's attention, specifically rival brands like BMW. Is the German automaker at all concerned about Apple?

Not at all. In fact, BMW's chief financial officer Nicolas Peter told Bloomberg he sleeps "very peacefully" at night despite Apple's intentions.

"Competition is a wonderful thing - it helps motivate the others. We're in a very strong position and we want to remain in a leading position of the industry," he said. Peter, a 30-year BMW veteran, remains confident the German automaker is on the right track regarding upcoming EVs, autonomous driving technologies, and other mobility solutions.

The BMW iX SUV is just the first of several all-new battery electrics. The next debut is expected to be the i4 sedan. The executive's comments come only a few weeks after his boss, BMW CEO Oliver Zipse, made a bold statement of his own about a certain other major rival, Tesla. He noted it'll be difficult for the California carmaker to maintain its pace as the rest of the auto industry is quickly catching up.

Tesla had the initial advantage but now it has awoken several sleeping giants. Aside from its aggressive EV pursuit, BMW will continue its joint ride-hailing venture with Daimler. "We won't exit digital mobility services," he said. "Especially in inner-urban areas, we have changed our driving behaviors. We're preparing for the access that private vehicles have to these cities to be reduced - that is why we need these mobility services."

Peter also made very clear BMW will continue to build and sell and combustion-engined vehicles for the next several years, despite recent announcements from Jaguar, Volvo, and Ford of Europe stating otherwise. 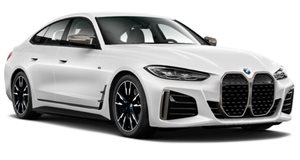 Supercars
It's Time To Create Your Dream Corvette Z06