Isn't the whole point of airbags to inflate when necessary?

Toyota has issued a recall for 645,000 vehicles, with 49,000 in the US alone, due to an electrical issue involving the airbags. In short, the airbags may not deploy as they should in a crash. However, the recall is limited to just three models, all of which happen to be some of the Japanese automaker's best-sellers: the 2016 Prius and Lexus RX, and the 2015-2016 Lexus NX. Toyota claims an open circuit could occur over time in the airbag systems.

In turn, this would set off the airbag warning and light and could potentially prevent the side and front air bags from deploying. The fix itself is rather simple. Dealers will have to check the serial number of the sensors in the affected vehicles and, if necessary, replace them. Aside from the three aforementioned vehicles, Toyota says the recall also covers various overseas models, including the Alphard, Vellfire, Sienta, Nah, Voxy, Esquire, Probox, Succeed, Levin, and Hilux. All of these were manufactured between May of 2015 and March of 2016. Interestingly, Toyota has refused to say whether or not it's aware of any injuries or crashes in relation to the recall.

Apparently that's official company policy, which does make some sense. For example, say if there's ongoing litigation due to a lawsuit related to the recall, Toyota, or any automaker for that matter, can't comment on anything that could be heading to court, or at least until there's a settlement. In any case, owners of these affected vehicles will begin to be notified at the end of next month. 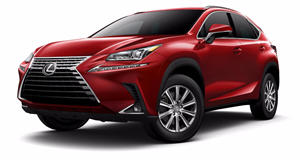