Three Hilux models, including two 6x6 variants, have just completed an epic Antarctic journey of more than 5,900 miles, going further than any such vehicle has managed previously. According to Toyota, the feat, which was part of the longest expedition in polar history, went off without a single technical hitch, and completes a trio of marathon voyages following trips to the Magnetic North and South Poles, the latter of which was recognized by Guinness as being the fastest ever. 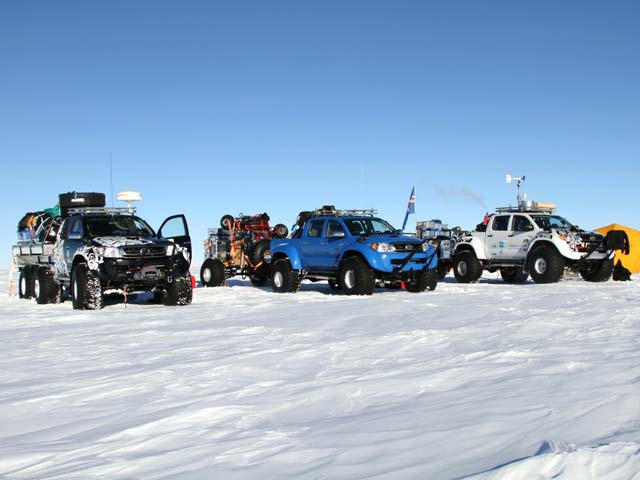 The vehicles used standard 3.0-liter D-4D engines and transmissions, but were specially engineered by Arctic Trucks, an Icelandic conversion specialist, to cope with the demands of -50 degree temperatures and harsh terrain that rose to over 3,400 meters. To cope with the extreme cold, the modified Hilux models ran on Jet A-1 fuel, each clocking up almost 6,000 miles between November of last year to February of this. Other modifications included fitting a crane to lift heavy equipment and a 280-liter fuel tank, or in the case of the six-wheel models, 800 liters.

The suspension and drivetrain were suitably strengthened, crawler gears were added to the transmission and extra-large tires were fitted to between 2.0 and 3.0 psi (compared to the 29.0 for the road-going Hilux), which resulted in a footprint 17 times larger than standard tires. 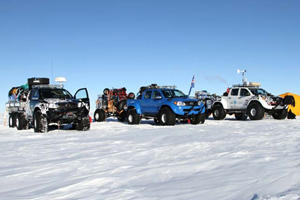