Toyota, Honda, And Nissan Are Falling Behind In EV Race

The Japanese carmakers are being told they need to do more.

Japanese automakers need to make a change in regard to EVs. At least, according to climate thinktank InfluenceMap. The organization recently conducted a study that found Honda, Nissan, and Toyota to all be the least prepared for a transition to zero-emissions vehicles compared with their competition. You don't have to look hard to see it either. Right now, Honda is set to produce the e:Ny1 for the 2024 model year, but its EV offerings aren't expanding as rapidly as other OEMs.

Toyota is in the same boat with the bZ4X. The brand's joint venture with Subaru is currently the only fully-electric vehicle the company makes. Instead, Toyota has bet big on hydrogen and lost. Per the study, by 2029, only 14% of Toyota's global production is set to be EVs. Honda is a little better off at 18%, followed by Nissan at 22%.

Meanwhile, Ford and VW will be at 36% and 43% respectively. However, they are beginning the transition, if slowly. Honda has previously said it'll budget $39 billion over the next ten years towards cleaner vehicles. But that pales in comparison to electric efforts from the likes of Mercedes-Benz and Ford. Subaru has also said it'll put $1.9 billion USD towards battery development in the next five years.

Unfortunately for Toyota, the study finds that hydrogen just isn't working. The public consciousness barely seems to register hydrogen as an alternative, and the data supports that. Across all automakers, hydrogen cars like the Murai will account for only 0.1% of global automotive production by 2029.

Hybrids can't save Toyota either. Ben Youriev told Bloomberg that "it continues to strongly push combustion-engine powered hybrids -- even in highly developed markets like Japan and the US -- despite recent warnings from Intergovernmental Panel on Climate Change scientists that electric vehicles powered by low-emissions electricity offer the largest decarbonization potential for land-based transport on a life cycle basis."

Youriev also said that Toyota and Nissan highlight the link between "negative climate policy engagement and low levels of electric vehicle production forecasts." While Honda may have been left out of that very pointed statement, it's much the same scenario for that Japanese brand as well. Whether studies like this will change the course for Japanese automakers remains to be seen. 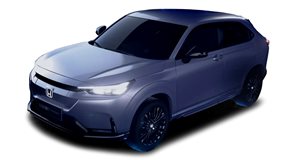 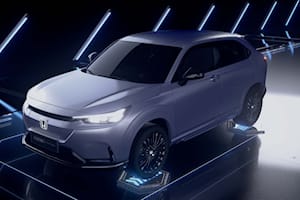 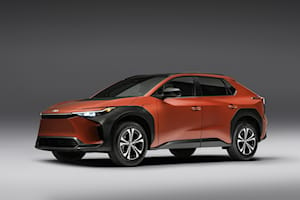