Despite the pandemic, 2020 was very good for Toyota.

Five years after losing the status as the world's best-selling automaker from the Volkswagen Group, Toyota has regained the top spot in 2020. The Japanese automaker has just released its final 2020 sales figures, which also include those of its subsidiaries, including Lexus. All told, Toyota sold 9.53 million vehicles last year, compared to the VW Group's 9.31 million. The VW Group's tally includes all of its many brands, among them Audi, Porsche, and its namesake VW division.

Despite Toyota's newly crowned status, its total sales dropped by 11.3 percent compared to 2019. VW, meanwhile, saw a 15.2 percent decrease. This was the first time the carmakers saw any year-on-year sales decrease in five years. The cause for this is obvious: the novel coronavirus. However, the pandemic struck Toyota less severely than all other automakers.

The third quarter of last year was especially bad for Toyota, but things began improving last fall in the US and China, two of the carmaker's most vital markets. In the US, the Toyota RAV4 was again the company's best-seller. Just last January, RAV4 Hybrid demand was so high Toyota had no choice but to add another production line at a second facility in the US.

The US was also probably the key reason why Toyota beat VW last year thanks to its stronger presence and nearly double the number of dealerships. VW is more popular in Europe, and that market took a far more serious hit as the virus rampaged its way across the continent. All told, US car sales dropped by 15 percent whereas in Europe it was a troubling 24 percent.

The global sales battle between Toyota and VW Group is far from over, however. Both are expected to recover this year and Toyota even expects to see VW surpass it again once the 2021 sales total is counted. This will probably be short-lived. Market data predicts Toyota will once again slip past VW starting in 2022 all the way through 2025.

VW will probably benefit this year from new EVs like the ID.4 hitting the market, but issues like continued factory and store closures and even some supplier issues throughout Europe will come back to haunt it in a couple of years' time. 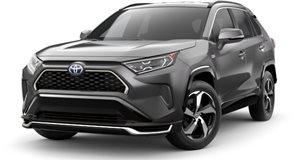