Don't you just hate it when guests drop by unannounced? That's what happened in Miami-Dade County a few days ago when the driver of a Toyota RAV4 lost control and came flying through a family's backyard. Luckily, the rainy weather meant that the family was locked inside, presumably binge-watching Netflix. This is proof that staying inside and watching reruns of your favorite show may just save your life one day, so you never have to feel guilty again. The incident could have ended in tragedy had it been a sunny day; the father said that his children would have been playing in the pool at the time if not for the cold.

The father, Carlos Lago, said the woman behind the wheel of the SUV crashed through his backyard from one street and ended up on another. It is believed that the woman suffered from an undisclosed medical condition that resulted in her loss of control of the vehicle. The father also said that just moments before the crash, two maintenance workers were busy near the pool area. As luck would have it, the people that would have usually been outside at that exact moment on a different day were elsewhere. It's a miracle no one was injured. 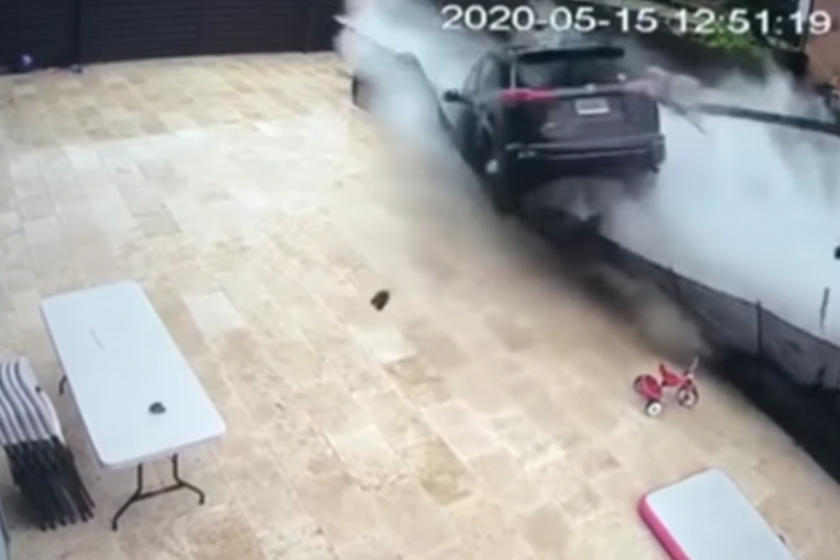 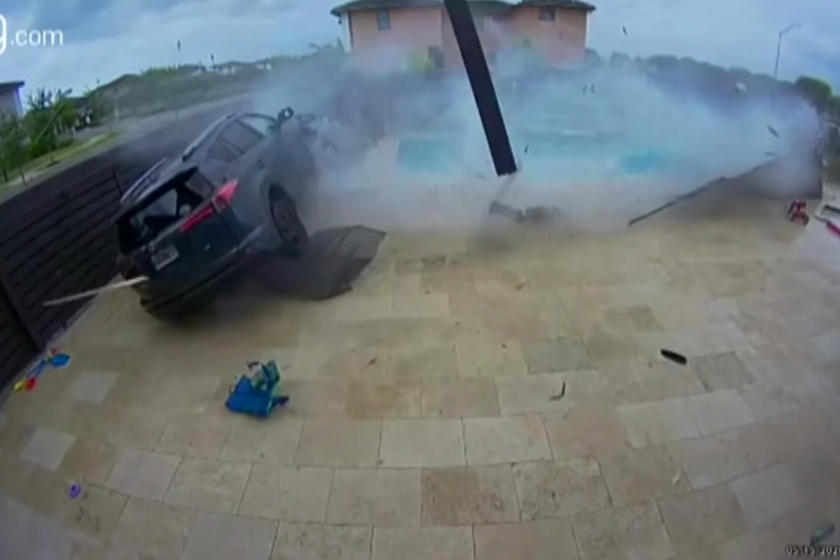 The crazy doesn't stop there. Even more puzzling, this isn't the first time a Toyota has gone for a swim on someone else's property. Last year, the driver of a Toyota Corolla decided to pay some swim instructors a visit at a local gym. The sedan barreled through the wall of the fitness center and landed in a pool. Luckily, the 69-year-old driver managed to abandon ship with the aid of the instructors. It seems that the Japanese automaker's customers simply cannot wait until they get home to take a dip, much less put on some swim shorts. 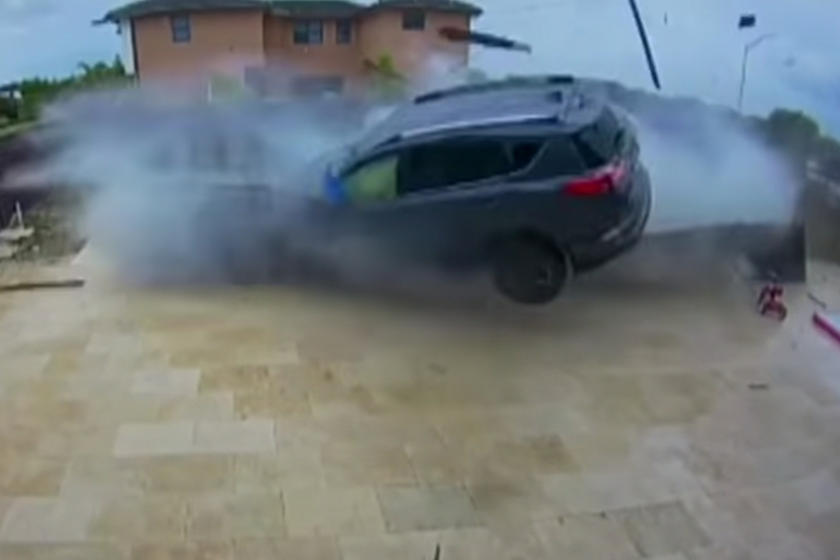 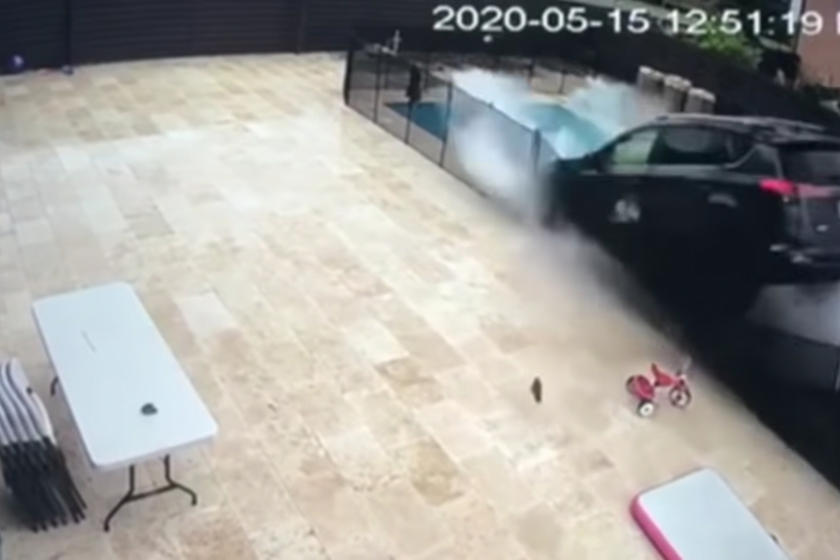 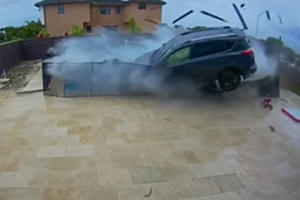 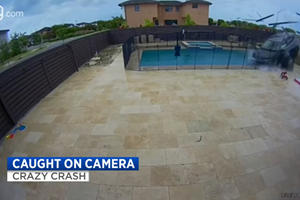 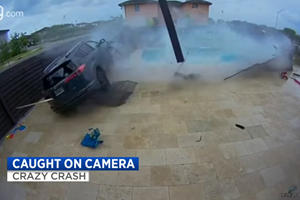 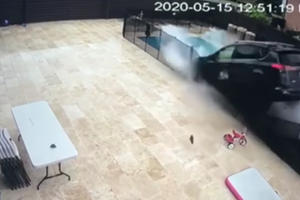 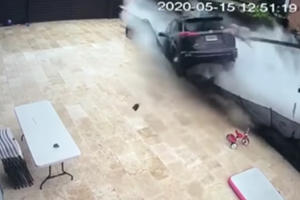