Unlike GM and other rivals.

As automakers continue to declare their intention to drop internal combustion engines in favor of battery-electrics only, there are still many holdouts. Toyota is one of them. That's not to say it'll never go fully electric but rather it's decided on a more conservative drawn-out approach. But the Japanese automaker is committed to accomplishing one very important thing: going carbon neutral.

Toyota has just announced its path towards achieving carbon neutrality, and battery electrics do play an important role. And so will hydrogen fuel cell vehicles (FCEVs), hybrids, and plug-in hybrids. By 2030, Toyota expects BEVs and FCEVs will consist of 15 percent of its US sales, and 70 percent of Toyota and Lexus combined sales will also be electrified by that year.

The latter figure includes hybrids and plug-ins. Globally, the automaker is aiming to sell around 8 million electrified vehicles in just nine years' time. An estimated 2 million will be BEVs and PHEVs. In other words, some straight-up ICE vehicles will remain a part of Toyota's lineup for the foreseeable future.

Toyota CEO Akio Toyoda has recently been criticized by several investment funds with $235 billion in assets over his anti-EV stance. They are reportedly applying pressure on the automaker ahead of June's stakeholder meeting to end the company's lobbying against efforts to get global warming under control. In March, a Toyota official testified before a US senate committee that phasing out combustion engines is not easy nor cheap and needs to be done wisely.

But Toyota still sees the writing on the wall. Not only will its first-ever all-electric model, the Toyota bZ4X go into production next year, but it's also developing advanced solid-state batteries. Presently, Toyota has 17 electrified vehicles in its US lineup, such as the Prius, RAV4 Hybrid, Corolla Hybrid, and the second generation Mirai hydrogen fuel cell sedan.

Although Toyota hasn't fully jumped on the BEV bandwagon, it deserves immense credit for being the first mainstream automaker to launch a hybrid vehicle. The original Prius went on sale in Japan in 1997 and an updated version arrived in the US in 2000. It even experimented with an all-electric RAV4 in '97. Toyota says that its hybrid models alone have saved 139 million tons of greenhouse-gas emissions globally and 76 tons in the US. 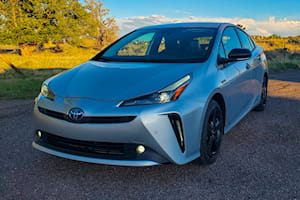 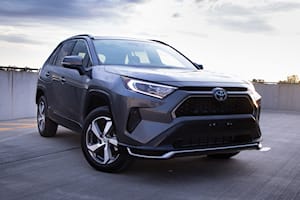