Just as the Toyota Prius V five-seat wagon is about to make its debut in the U.S. this fall, word is that a seven-seat variant could also be on the horizon. However, this version would not be based on the existing Prius platform. In Japan, there's already a seven-seat Prius called the Prius Alpha that's built on the current platform. According to Toyota, a U.S. equivalent would need to be larger than the Japanese Alpha.

Reason being is that the third-row seats in the Alpha don't have much room for either passengers or sufficient cargo space. From how all of this sounds, our guess is that Toyota is thinking about building a seven-passenger hybrid minivan. The Japanese automaker has stated that over the next 20 months, they plan to launch ten completely new or redesigned hybrids for their global portfolio. Perhaps this seven-seat Prius could be one of them. 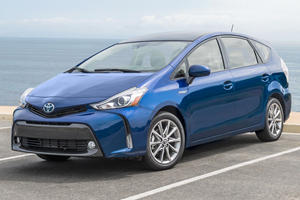 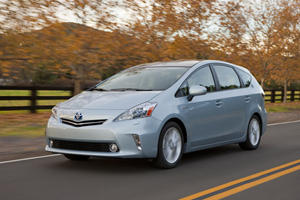