After 13 years, Toyota has decided to kill off its Scion brand. The official decision came after Toyota decided that its newest vehicles were appealing to the same younger generation that Scion was targeting. Three Scion models will be moved to the Toyota lineup; these models are the FR-S, iM, and iA. The tC will be discontinued after 2016 with a final release edition to commemorate the end of its production. The upcoming C-HR crossover will now be released as a Toyota slotting below the RAV4.

Current Scion owners will be able to take their cars to be serviced at Toyota dealerships. Scion hasn't had great sales numbers over the past several years, but it seemed that Toyota was ready to turn the brand around. Even with new models like the iA and iM, Scion only sold 56,167 cars in 2015. Toyota's youth division was even unsuccessful at capturing its target market. Some reports claim that the average Scion buyer was actually around 49 years old. Talk about a misfire! We will remember Scion for its weird and quirky boxes with endless options for customization. However, like what happened to GM's Saturn, Pontiac, and Oldsmobile divisions, Toyota tried to cut the pie too thin. 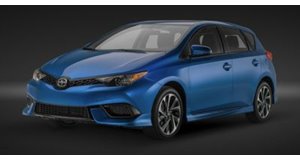