Toyota Thinks The Manual Supra Will Be A Relative Failure

The Japanese automaker predicts that the vast majority of buyers will stick with two pedals.

Just last week, we got the fantastic news that Toyota would finally be offering a manual transmission with the GR Supra at a bargain price. This is something that has been speculated on ever since the automatic-transmission car was launched, but now that it's finally happening, it appears that Toyota thinks it will be a sales flop. Relatively speaking, of course.

According to an email sent to The Drive by Toyota spokesperson Paul Hogard, the Japanese automaker's market analysis suggests that 75% of GR Supra buyers will choose to let a computer shift gears for them. "We're expecting that roughly a quarter of Supra sales will be equipped with the manual transmission option," said Hogard.

Naturally, Toyota doesn't want the manual to be a flop - it worked very hard to make shifting your own gears in the Supra an absolute delight - but the manufacturer is realistic and notes that the manual take rate on even the GR86 is only around 35%. Despite all that, the automaker pushed ahead anyway to make as many potential customers happy as possible.

"Toyota strives to provide customers with options to best suit their needs," said Hogard. "The price parity between manual and automatic versions of Supra is a great way to give customers the choice of how they want to experience this incredible vehicle."

American enthusiasts are the very reason that the Volkswagen Golf GTI and R are still available with a manual, and it's clear that Toyota is producing the three-pedal Supra to appeal to this minority. The least that the buying public can do - and especially those members who have been so vocal about their desire for a manual Supra - is to go out there and put their money where their mouths are.

If the take rate for the GR Supra proves to be even lower than predicted, Toyota probably won't see any benefit in offering it again. If the contrary occurs, we'll likely get access to more fun cars with manuals, and these could come from rival manufacturers too. If you have the means to do so, buy a manual GR Supra. It's the right thing to do, and you'd be a hero. 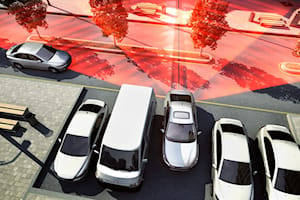 8 Features That Should Be Standard On Every Car
Source Credits: The Drive