This was bound to happen sooner or later.

This has not been a normal production year for automakers, to say the least. The auto industry has been struggling with the semiconductor chip shortage for months and it's not going to end anytime soon. At best, there should hopefully be some relief early next year, but many analysts predict it won't be fully resolved until sometime in 2023. But not all automakers faced chip shortages equally.

For months, Toyota has remained largely immune to the crisis because of its large chip stockpile. But now it's been depleted. The Japanese automaker has just announced it will cut global production by 40 percent later this month due to a lack of chips and the growing spread of the Covid-19 Delta variant in Southeast Asia.

The slowdown will continue through September. A long list of vehicles will soon see their production numbers limited, including the popular Toyota Prius, 4Runner, and the Lexus LS and LC. All told, 15 production plants in Japan will be idled with the loss of 140,000 new vehicles. Its North American, European, and Chinese operations will lose an estimated 208,000 vehicles combined.

We don't know at this time if this major production slowdown will continue into October or other remaining months of the year. So why has Toyota managed to stay afloat for as long as it has? Why did it stockpile chips when no other automaker did the same?

Because it learned and applied harsh lessons from the deadly tsunami that occurred just over a decade ago, causing the nuclear meltdown disaster at Japan's Fukushima nuclear power plant. The natural disaster and the massive destruction that followed severely disrupted Toyota's supply chains. It took a full six months to return to normal.

One of the many lessons the carmaker learned was that it had to shorten the lead-time for semiconductor chips. This supply chain weakness became fully exposed, so Toyota began requiring suppliers to stockpile two to six months' worth of chips. It was that massive stockpile that served the carmaker very well until now. 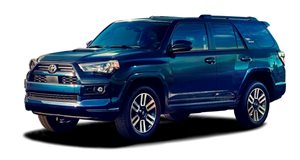