5 thing you missed from a rain soaked Turkish Grand Prix.

The Turkish Grand Prix was one of the dullest we've seen so far this year. The behind-the-scenes footage we'll see on Drive To Survive next year will hopefully be more riveting. Still, there were a few highlights you might have missed while dozing off.

Coming into the Turkish Grand Prix, Lewis Hamilton led the Driver's Championship by two points from Verstappen, but after Turkey, Max is back in the lead with a six-point advantage. Valtteri Bottas is currently in third with 177 points, but F1's beloved new boy, Lando Norris, is currently standing on 145 points despite a number of missed opportunities this season.

Despite the shake up in standing, Turkey was a pretty boring Grand Prix. Despite the rain coming down in Istanbul, not a single car crashed and not a single safety car was sent out. Here are five highlights you might have missed.

1. Bottas For The Win

Valtteri Bottas has been playing second fiddle to Lewis Hamilton since he joined Mercedes in 2017. Following the disastrous in-fighting between Nico Rosberg and Lewis Hamilton, Mercedes likely opted for a driver they felt would be okay with Number 2 status.

Even so, Bottas has been brilliant on several occasions. His victory at the Turkish Grand Prix was his first since the 2020 Sochi Grand Prix and elevated him to double-digit wins. That's not as impressive as Hamilton's triple digits, but when your only shots at victory come as a result of Hamilton crashing, double digits is impressive. He drove a faultless race from pole, with his pace simply untouchable by the Red Bulls in his wing mirrors.

This might be Valtteri's last victory for a while since he'll be joining Alfa Romeo Orlen for the 2022 season where he'll trade out his AMG GT Black Series for an Alfa Romeo Giulia Quadrifoglio.

We don't know what upgrades Ferrari made to its engines, but they're working. Carlos Sainz was relegated back to P19 after an power unit change. Ferrari made the same changes to Charles Leclerc's car at the Sochi after which he too had to start in the back row. He battled his way to seventh, but a poor pitting choice forced him back to 15th. He made up for it at the Turkish Grand Prix, placing fourth, narrowly missing out on the podium due to yet another poor pitting strategy.

Carlos Sainz showcased the true potential of the engine upgrades, however. He battled from 19th to eighth place, showing just how much pace these cars currently have.

Now that both drivers have paid the price for their new engines, they'll both have the opportunity to showcase the full potential of their new powertrains at the Circuit of the Americas. If they manage to qualify in a good position, that is.

Most of the Turkish Grand Prix was pretty dull. Max qualified second on the grid (Hamilton's ten-place penalty moved everyone up a spot), and that's where he spent most of his time. He pushed hard but was unable to stick with Bottas. The cars looked stunning in their special livery, though.

Eventually, he found his groove, and it almost appeared as if he was out for a Sunday drive. Rather take the 18 points awarded to second place than the zero points that come with sticking it into a wall. Sergio Perez benefited from Charles Leclerc's poor pitting choice and finished in third.

While not as prestigious as a one-two, but the next best thing. The difference between the Constructor's Championship is now just 36 points. Verstappen's second place also puts him back in the lead of the Driver's Championship with 262.5 points. Lewis Hamilton is now six points behind. Before the Turkish Grand Prix, just two points separated them.

McLaren had an epic one-two finish at the Monza Grand Prix. At the time, we stated that they'd struggle to replicate the result. After all, both Verstappen and Hamiton crashed out.

We were wrong because Lando Norris qualified on pole at the Sochi Grand Prix, eventually losing out on his first victory in the dying minutes of the race. Danny Ric took fourth and gave the cameras that million-dollar smile he's known for.

Things were bleak for Ricciardo at the Turkish Grand Prix. He was eliminated after the first qualifying session, struggling with grip. McLaren decided to make the best of a bad situation and changed Ricciardo's entire power unit, theoretically giving him the best possible chance at battling his way up the field.

Unfortunately, Ricciardo seemed to struggle with the car, placing 13th on a bad day at the office. His teammate, Lando Norris, managed to finish in sixth place, scoring McLaren six points. The result was ultimately not the greatest, and the team in Papaya will want to bounce back.

Hamilton started the weekend in great form. He was fastest in the practice sessions and qualified in pole position, but Mercedes installed a new internal combustion engine to his powertrain, penalizing him ten spots on the starting grid, meaning he started in 11th.

Still, Hamilton struggled to battle his way through the field. He eventually made it to third late in the game, but was struggling for traction on intermediate tires and ran into trouble.

Having gained the ground, Hamilton refused to pit for a set of intermediates and ignored team recommendations. At first, it seemed as if he made the right decision, as the driver's who made the swap struggled for grip. The problem was graining, but a few laps later, the effects dissipated, and the lap times went down. By the time Hamilton eventually pitted on Lap 50, it was too late for him to make up the ground, dropping him to 5th behind Charles Leclerc and Sergio Perez.

Some say that Hamilton has 15 years' worth of experience and that he knows enough about tires. Pirelli agrees with the other school of thought - his tires would've blown had he not pitted.

Esteban Ocon completed the race without a tire change, and his rubber was down to the carcass, proving how dangerous the move could've been for Lewis. That's why Mercedes employs a team of engineers who provide information to a driver. Hamilton may have said afterwards that they win and lose as a team, but his in-race comments were bitter.

Hamilton and Perez also had the best battle during the entire race. They were side-by-side for five turns, and Hamilton nearly forced Perez into the pits. In the end, Hamilton got schooled by a daring Perez. We've seen some online comments that Perez will soon learn, but school is already out, and Perez was the one giving the lessons. Hamilton may be regarded by some as F1's GOAT, but Perez is F1's Gandalf. He plunged his metaphorical staff into the ground and hit Sir Lewis with a resounding "you shall not pass."

This year has been the most entertaining F1 season in years. With six races to go, there still isn't a clear winner. We hope it comes down to the final race, just like it did in 2016 when Nico Rosberg claimed the world title. 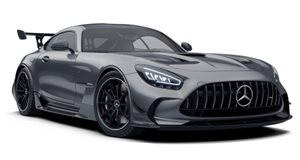