The old Datsun 1600 was truly a wonderful small roadster in the purest sense.

The Mazda MX-5 wasn't the first Japanese-built roadster to show the Brits they weren't the only ones who knew how to build small, fun-to-drive cars. After World War II, Japan began to rebuild both its society and industry - and cars and motorcycles were a huge part of both. People found good jobs and the country began to build cars instead of weapons. One of those car companies was Datsun, now known as Nissan, and by the late 1950s it was building small roadsters that were of high build-quality.

By the Sixties, Datsun was building its Sports lineup, also known as Fairlady in its home market. Basically, these cars were the direct predecessors to the Z-car and competed head-on with British brands like MG, Triumph and even Italian manufacturers such as Fiat and Alfa Romeo. Not only were Datsun's offerings cheaper but they quickly proved to those who bought them that they were much more reliable. Along with Datsun, Honda and Toyota also began to make small roadsters. In 1963, the Datsun Fairlady 1500 was launched in both left- and right-hand drive, as the automaker wanted to make some headway in the US market.

Power came from a 1.5-liter inline-four with 85 horsepower paired with a four-speed manual. In 1965 it was succeeded by the 1600 which, as you can likely guess, came with a slightly more powerful 1.6-liter four that now produced an additional 10 hp. Aside from the engine, it differed from the 1500 with some minor styling updates. The 1600 was also an engineering gem as it had an independent front suspension and several other bits that were normally found on larger and more expensive cars. Before it went out of production in 1970, the 1600 was upgraded with some of safety features required at the time for the US market.

These included a padded dash and steering wheel center, improved door handles and a taller windshield complete with a rearview mirror. The 1600's direct successor was the 2000 roadster, which had major upgrades like more a powerful 2.0-liter four and a five-speed manual. The success of these small roadsters gave Datsun the confidence to build and market the 240Z, which became a hit in the US. This 1967 Datsun 1600 has had some major restoration work done over the years, somewhere in the neighborhood of $26,000 worth. The engine has been completely rebuilt and the transmission was even upgraded to the 2000's five-speed unit.

Inside and out the car is in solid condition and mechanically speaking, the only main issue is some necessary transmission work and there are a few paint cracks. As of this writing, the top bid was just under $11,000. 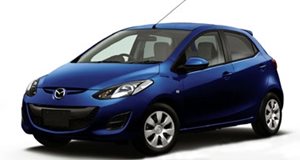 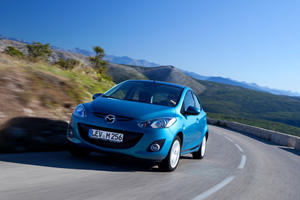